Specialists of SkyWay design organization have conducted a series of preliminary tests of systems for power supply, charging and elements of current collection from the track structure, checking new design solutions on power supply elements at the rolling stock.

The tests were carried out on a section of rigid truss track structure (designed for the movement of urban and high-speed vehicles) with the participation of a “mule” — a test version of unibus U4-362. The design voltage was supplied to the truss trestle section and current collection elements were tested through the wheels of the vehicle without applying a separate contact network. The tests were carried out under load while riding, when the vehicle was operating in various modes of power supply to motor-wheels, including the charging of batteries through string rails during the motion of the unibus. 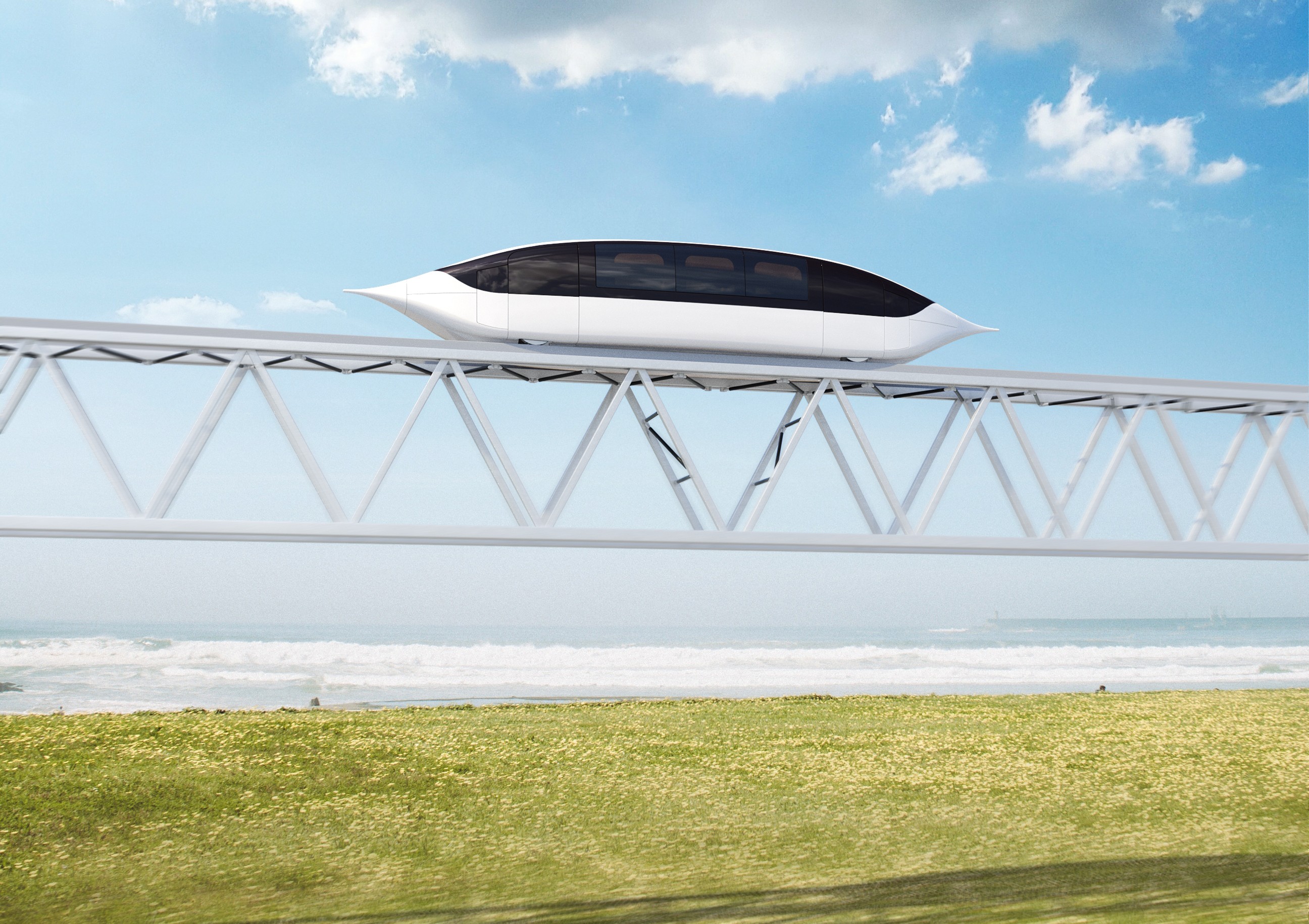 Preliminary tests showed the correctness of initial solutions on the elements of power supply of vehicles and the efficiency of the current design of the track structure as a contact network for the movement of vehicles. In the near future, the Company plans to increase the speed and traction-dynamic features of movement when testing vehicles with current collection, with transition to operational modes.

Current collection is one of the possible options for power supply of SkyWay rolling stock. If necessary, vehicles in SkyWay transport and infrastructure complexes can be equipped with power plants of various types. In particular, Anatoli Unitsky, General designer of SkyWay, wrote about it in his scientific monograph “SkyWay Transport complex in questions and answers” (in Russian):

“SkyWay rail car is a kind of a conventional car mounted on steel wheels. Like a traditional car, it can be driven by a diesel, gasoline engine, turbine, or can have a combined drive, for example, “diesel — electric generator — energy storage — electric motor”. If necessary, the engine can run on natural gas, methane, hydrogen, alcohol and other environmentally friendly fuels. In addition, SkyWay can be electrified using an external source of electric energy (such as in trolleybus, tram or metro). It can also use an autonomous energy source — installed onboard the unibus batteries, energy storage of capacitor, molecular or other types, fuel batteries, etc.”

Engineer Anatoli Unitsky presented the first description of current collection through wheels in string transport 24 years ago in his first scientific monograph “String transport systems: on Earth and in Space”. Current collection through wheels will allow to refuse both unreliable, nondurable and expensive traditional contact network, especially at high speeds of movement, and also expensive, unreliable and nondurable traditional accumulators of electric energy. The peculiarity of such current collection is that the sliding contact is replaced by a rolling contact in it, in which slippage, wear-out, sparks, radio emissions in a wide range of frequencies and other disadvantages of traditional contact networks are excluded.

Illustration from third edition A. Unitsky’s monograph “String transport systems: on Earth and in Space", Minsk, 2019.

Existing power storage units installed on industrial samples of SkyWay rolling stock meet the highest standards of efficiency and safety. Already at the current stage of SkyWay technology development they can be used on commercial routes as an addition and duplication of the contact network in the event of a power supply failure.

In addition, the company — developer of string transport systems is designing innovative alternative versions of power plants for vehicles. Information about them remains closed currently.

Attention: you can rate publication and leave a comment from specified email only once. Be constructive!
Kacper Latoszynski
Investor status: