Recently, the authoritative American portal Wired specializing in technology development posted an article entitled “Speed Is Killing the Planet. Time to Focus on Efficiency.” The author of the article Alex Davies is considered an expert in the development of autonomous transport, electric vehicles, aviation and infrastructure. The main message of his article: “The climate crisis is rushing at us like a bullet train. We have to stop obsessing over velocity and become efficiency fanatics.” 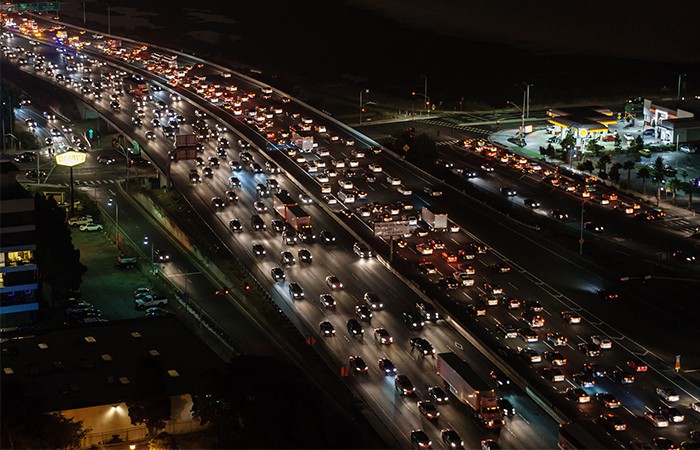 It stands to reason. But why are experts not trying to find a way to meet the demand of consumers to increase the speed that could be combined with the environmental requirement to improve the transport efficiency? This seems to be happening for a very simple reason. They see no other way of development in the transport industry, except improving the existing transport systems through prohibitions and restrictions. This indicates once again the obsolescence of established approaches. At the same time, there are new arguments in favor of introducing SkyWay systems. It seems that today a reasonable balance between speed and efficiency is realized only in them.

“The average American car may be capable of reaching triple-digit speeds, but the average American driver spent 97 hours sitting in traffic in 2018. Public transit systems in cities like New York and San Francisco are stuck in a miasma of delays. High-speed rail projects have plateaued in many nations as governments balk at their high costs”, says Alex Davies. 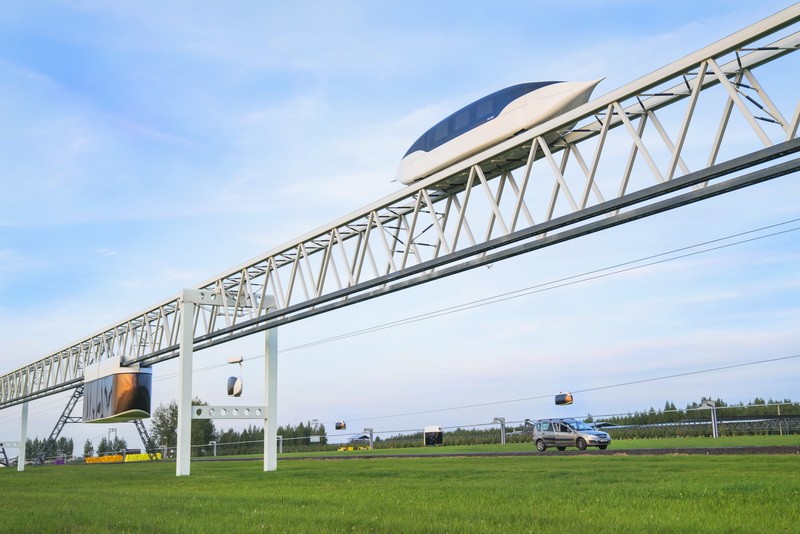 At the same time, SkyWay offers to solve these problems comprehensively, raising transport to the second level and giving it the possibility to move at speeds up to 150 km/h in urban conditions and 500 km/h in long-distance routes. In fact, it realizes the desire of people to get from point A to point B quickly and safely. In addition, it allows to save considerably on the construction of routes compared to the existing solutions (we have already made an analogy with a monorail earlier).

Further in the article, Davies mentions that today we are threatened not only by the progressing collapse on Earth, but also by the global warming caused by it. However, he notes gladly that despite the fact Hyperloop is still in its infancy, people have already found ways to reduce their harmful impact on the environment, it is just enough to scale them up:

We agree, the existing transport leaves behind not only a carbon “footprint”, but also emits a lot of other harmful substances into the atmosphere. Therefore, only prohibitions are not a solution. We also considered the necessary measures to reduce this harmful impact. And, of course, the leitmotif was the transition to string transport and SkyWay technologies. Since this is the only right way out in this situation that will allow not to save on speed or efficiency and have a huge impact on the restoration of the ecological balance.

If we recall the idea by Elon Musk, who proposed to fly between countries on missiles, it is worth noting that the ultra-speed will be certainly obtained, but the efficiency will be absolutely lost with it. Just imagine how many emissions a man will leave behind him traveling in a rocket, for example, from Moscow to Sydney. As a result, we will further aggravate the situation.

So, if we want to embark on the path of environmental revival without any sacrifices such as speed of movement and mobility, we should stop looking at the problem only from one side and start solving it comprehensively, as Anatoli Unitsky did.

Attention: you can rate publication and leave a comment from specified email only once. Be constructive!
Roman Zveryako
Investor status: 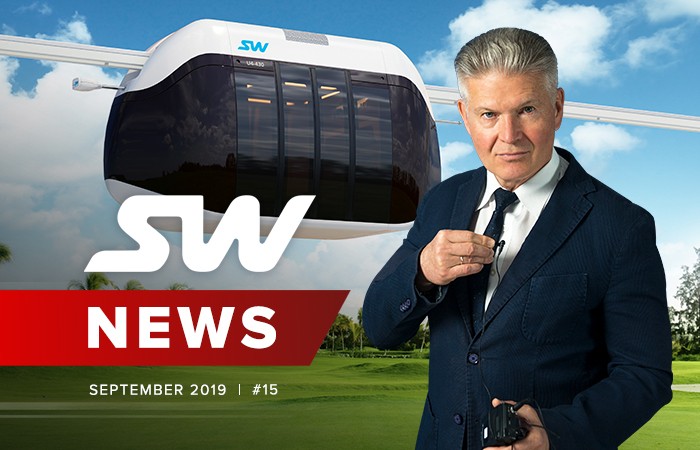