When are we going to ride in Hyperloop?

What kind of transport do we need to apply to save our planet? At first, people dreamed of electric cars, then realized that they are not a cure-all solution. The world’s population has already reached a record 7.7 billion people. And, if each family has at least one electric car, people would have to live in traffic jams.

Inventors began to offer their ideas. For example, Anatoly Yunitsky has been engaged in the development of SkyWay transport within SkyWay project since 2014. And Elon Musk actualized the idea of vacuum trains in 2013. As always, the reaction of men in the street was ambivalent. Some of them saw them as swindlers, others – as Messiahs. We have already told how the development of these projects proceeded. Let’s see at what stage of maturity they are today.

Elon Musk’s idea about the creation of vacuum trains was picked up by three companies: Hyperloop TT, Hyperloop One and TransPod. However, later Musk could not stay on the sidelines and also decided to have his hand in the development. He has set up Hyperloop Pod Competition, during which teams had to come up with the design of the cabin and compete to accelerate it faster. This competition helped Europe to obtain its own company that started to work out vacuum trains – Hyperloop Hardt. Their mainstream innovation is a system of railway switches for capsules, which allows to move through the turn-outs of branches without creating moving parts.

Hyperloop Hardt is based in the Netherlands and so far has a fairly short test track in Delft. But it was enough for such giants as Deutsche Bahn railway operator and steel corporation Tata Steel to pay attention to the students who won Mask’s competition in 2014 and invested in their startup.

Was it vacuum or not?

Initially, according to Elon Musk’s idea, a magnetic cushion and almost full vacuum in the tunnel should be provided for a train to achieve 1,000 kmh speed. But, as it turned out later, the implementation of these requirements increased the project’s cost greatly.

Musk proposed not to focus on a full vacuum, but to support a forevacuum with a pressure of 100 Pa (about 1/1000 of atmospheric pressure). It was decided to redirect air masses, opposing the train in motion, under the bottom of a capsule to create an air cushion.

The companies involved in the creation of Hyperloop exercise almost the same concept in one way or another.

All tests within the Hyperloop Pod Competition are held at the test site of SpaceX in Hawthorn, on 1.5-km long track under Elon’s supervision. In 2019, the Champions of the competition were engineers from the University of Munich, who accelerated a capsule to a record 465.3 kmh. However, it then exploded. 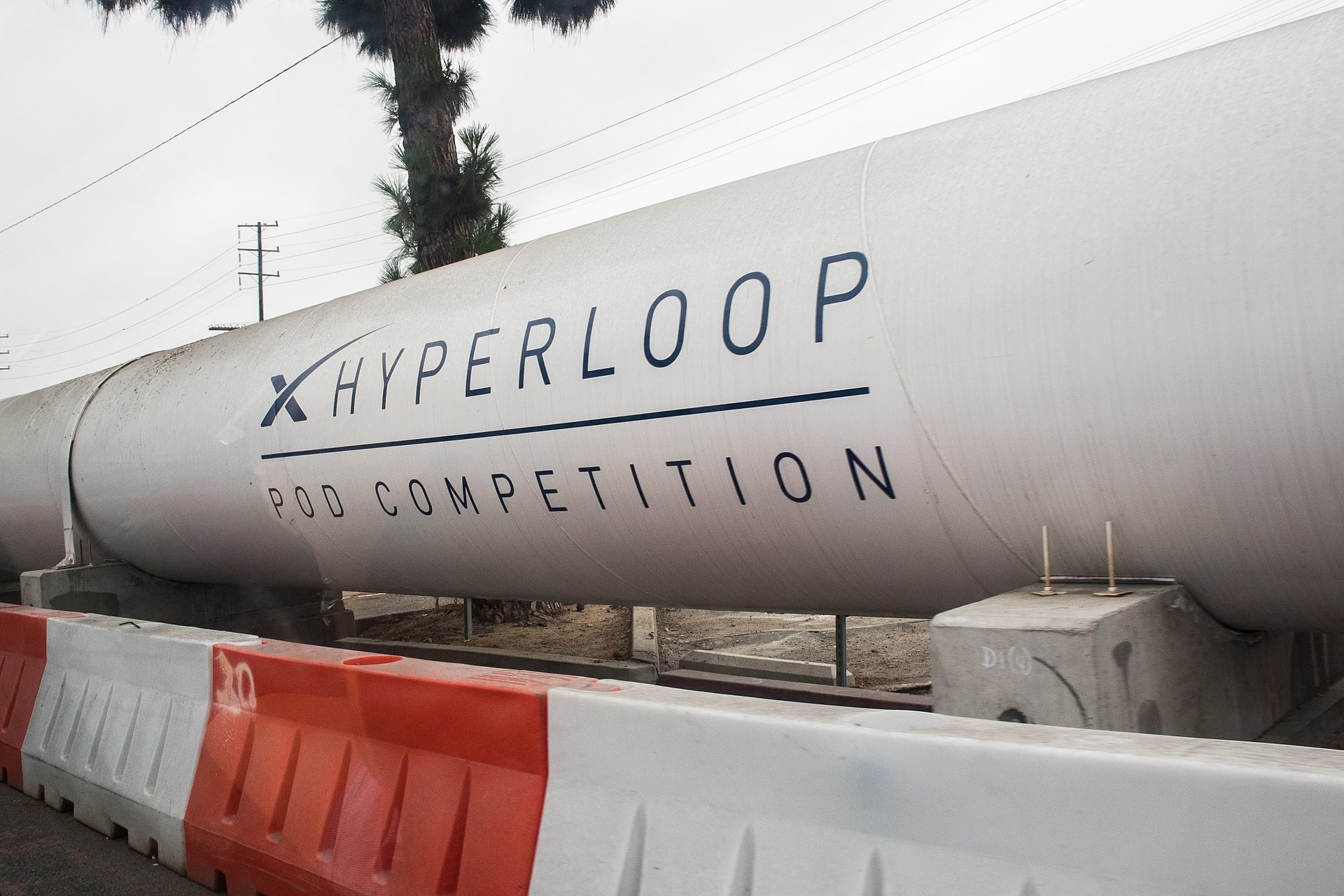 The Head of SpaceX has promised to prepare for the competition a 10-km long track by 2020. The new track will have a curve, unlike the available one.

Other tests take place on the 500-meter track of Virgin Hyperloop One company in Las Vegas. And meanwhile, Hyperloop TT finished its own 320-meter track in Toulouse in March 2019. 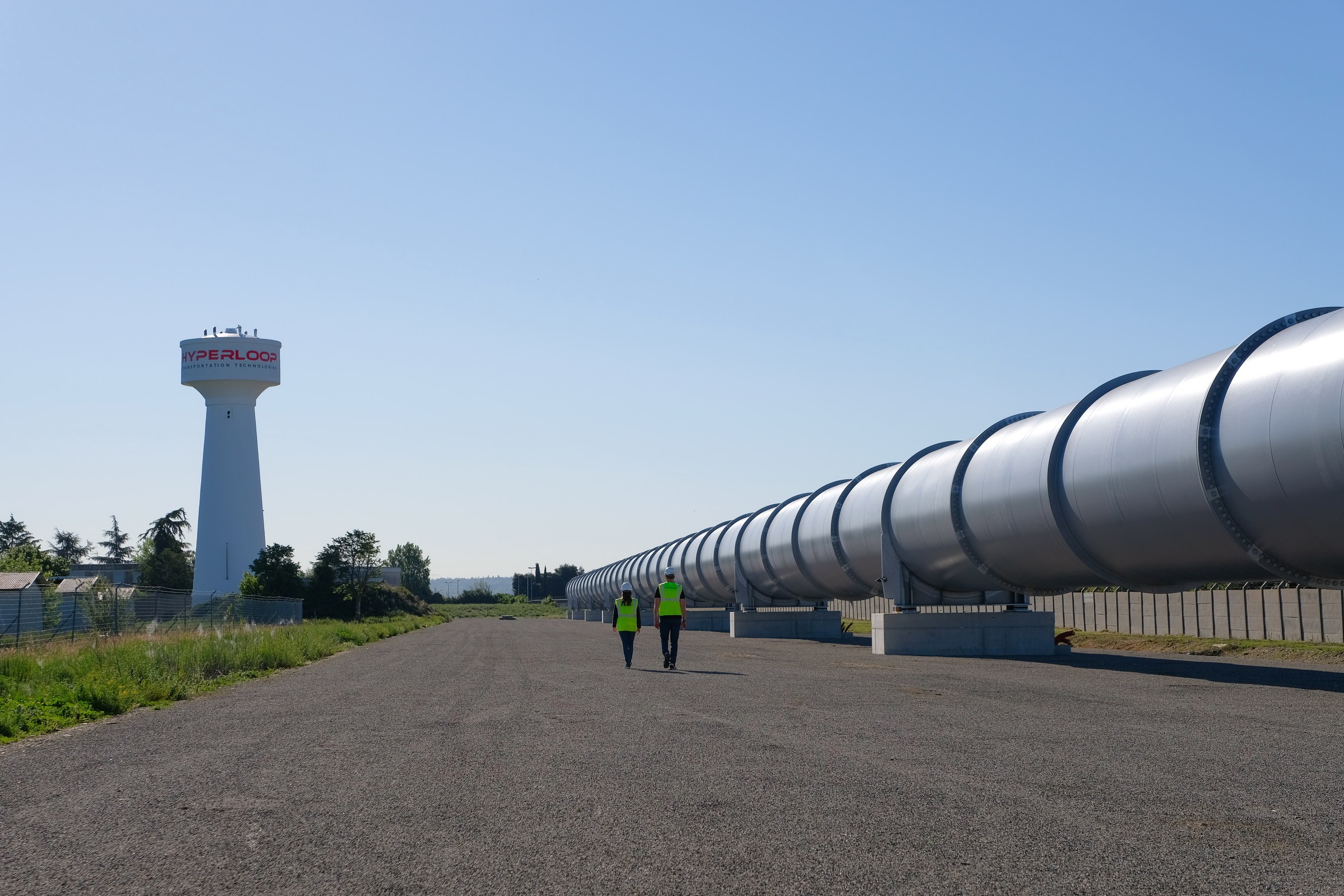 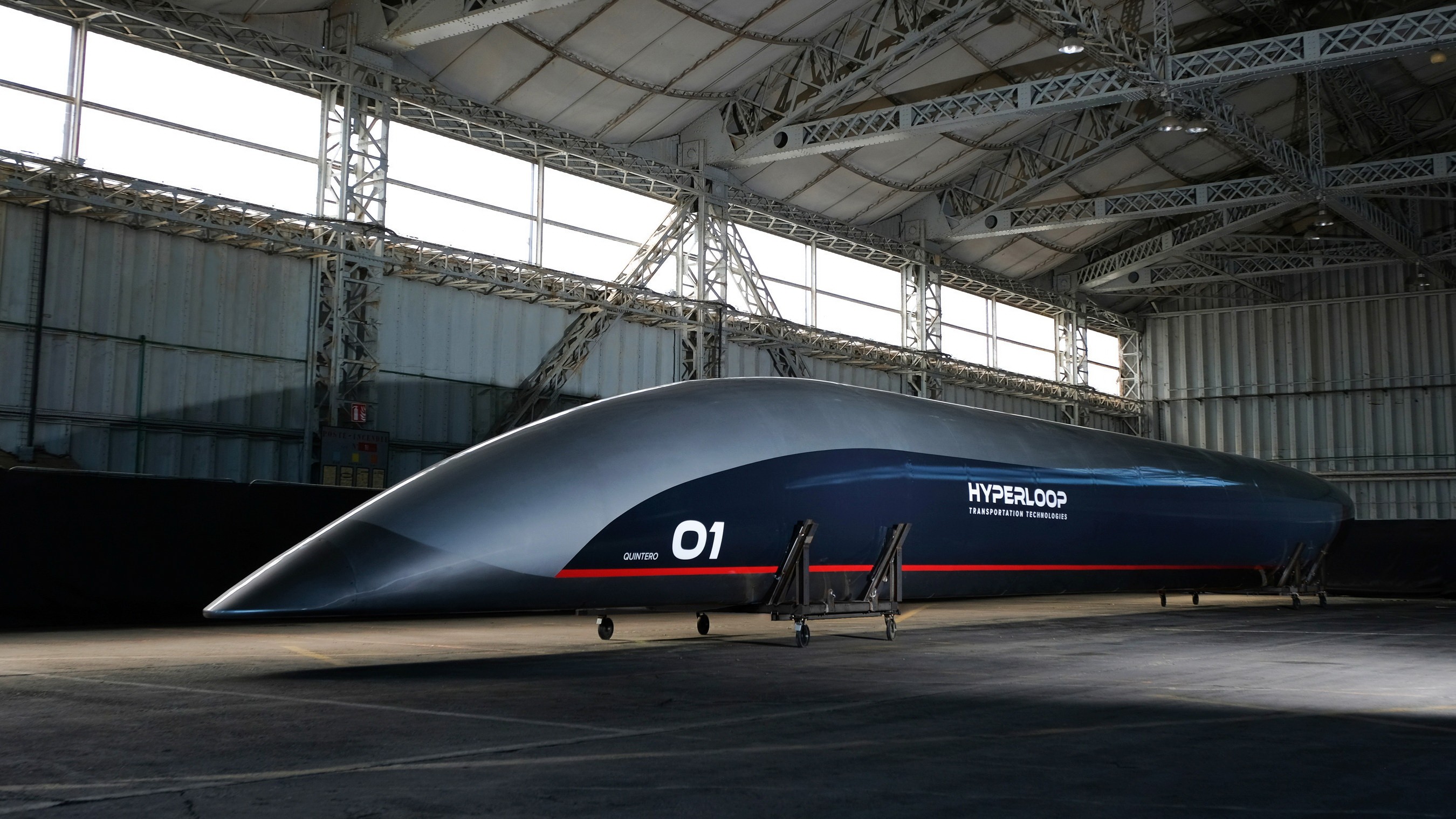 By the way, the company has also signed agreements on the construction of 10-km long operational routes in Dubai and Tongren, but the timing of the projects is unknown.

What was Elon doing at the time?

In mid-October 2018, Musk received the first official permit to build a full-fledged Hyperloop route for electric vehicles, followed by transformation of the tunnel for vacuum trains. The section of approximately 16.58 km should connect the outskirts of Baltimore with the territory of Hanover (Maryland). It is expected that the track will be part of Washington — New York route with stops in Baltimore and Philadelphia. The track will pass underground, and the construction of the tunnel will be conducted by Elon Musk’s Boring Company.

In February 2018, Musk received permit to prepare the construction site of the station and primary excavation work on the wasteland in northeastern Washington. Now the project is at the stage of environmental impact assessment.

So far, Elon launches Tesla in a prototype of a high-speed tunnel somewhere in LA and shares its video on twitter.

At this time, Virgin Hyperloop One has completed the third stage of testing, reaching a test speed of 387 kmh. the State of Maharashtra in India announced the company’s proposed Hyperloop system between Pune and Mumbai as an official infrastructure project. In February 2018, Hyperloop One and RTA Virgin have developed and introduced a new Hyperloop pod in the UAE during the Innovation Week. The company plans to come to Saudi Arabia by 2030, too. 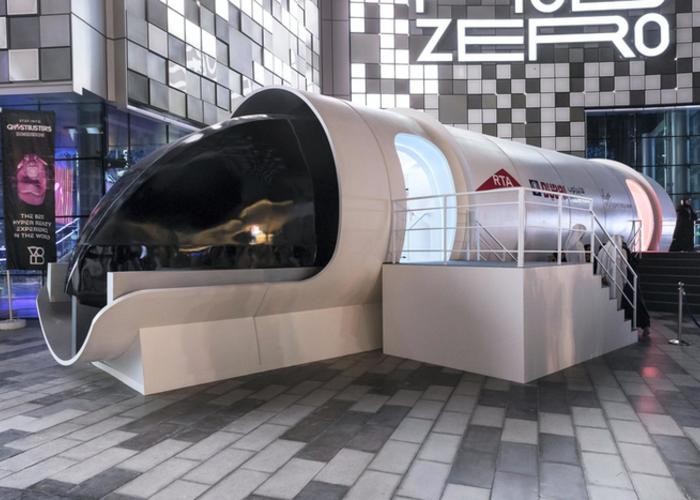 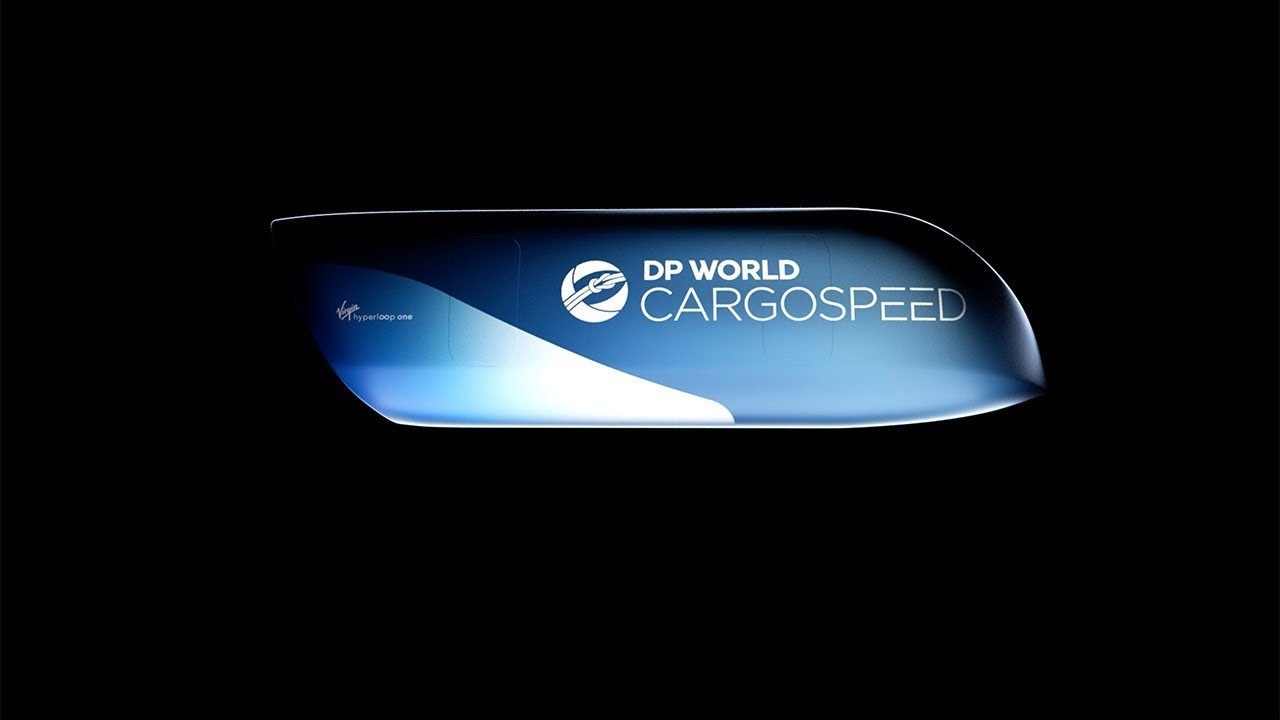 On July 28, 2019, the company signed an agreement with the government of Saudi Arabia to build the longest test site (35 kilometers) for the Hyperloop vacuum train.

The company TransPod has insignificant changes so far: a subdivision TransPod France has been established. The new office will be engaged in the development of a test track in the town of Dru, as well as in researching and designing for tests.

As part of the partnership of the Association Hyperloop Limoges and TransPod, a permit was obtained to create a test track in November 2018. Construction of the test track is planned to start in 2019, while high-speed testing – in 2020.

But the company does not share the results so far. However, you can find information about the preliminary feasibility study of TransPod Hyperloop line in Thailand from Bangkok to Chiang Mai with the extension to Phuket on the website.

Other developments in the field of modern transport technologies

The American company skyTran and its individual automatic transport cannot boast of significant success for the period 2018-2019 either. The only pictures that could be found on the Internet, show a segment of a test site in Mexico. From all appearances, the track is quite short. 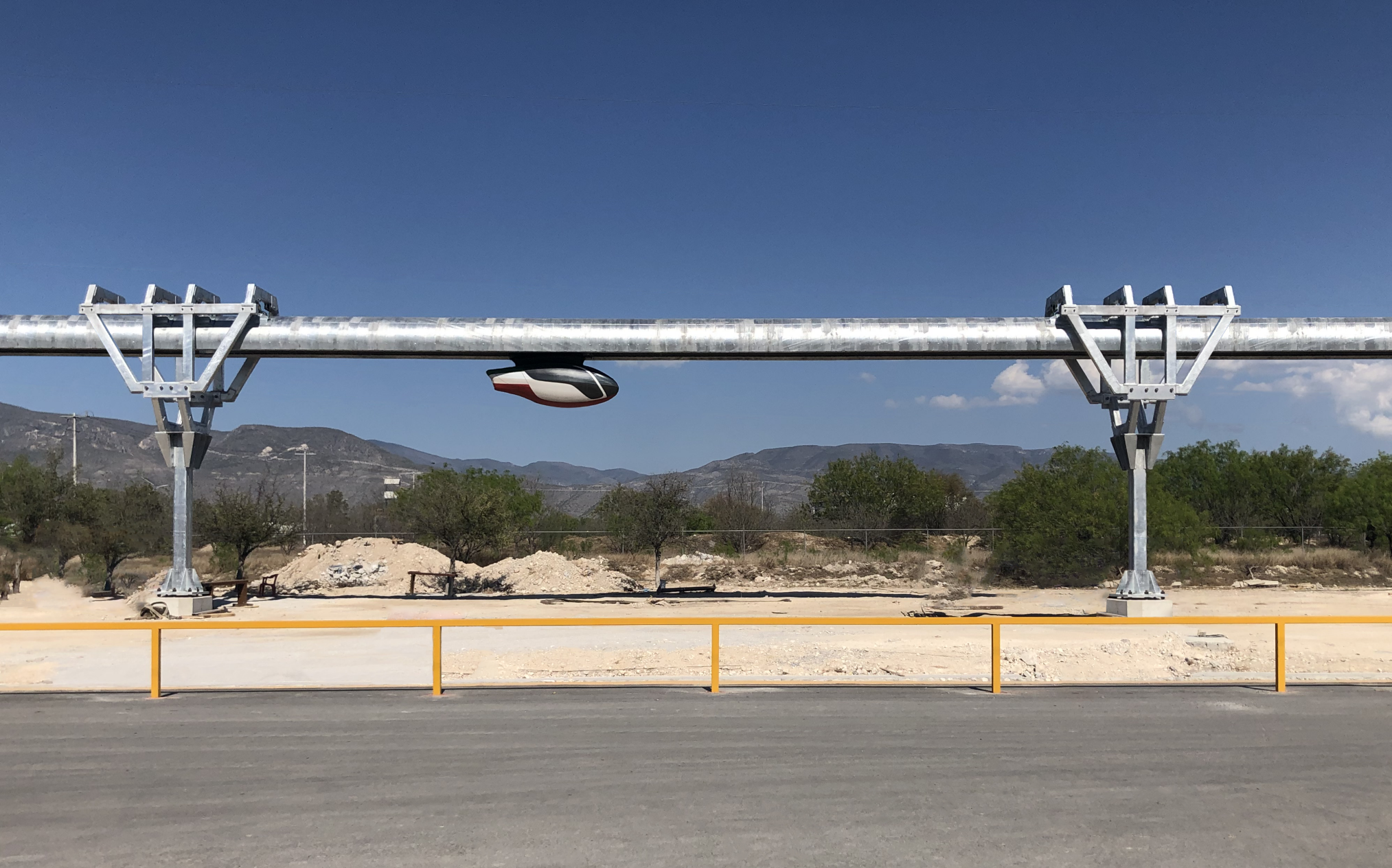 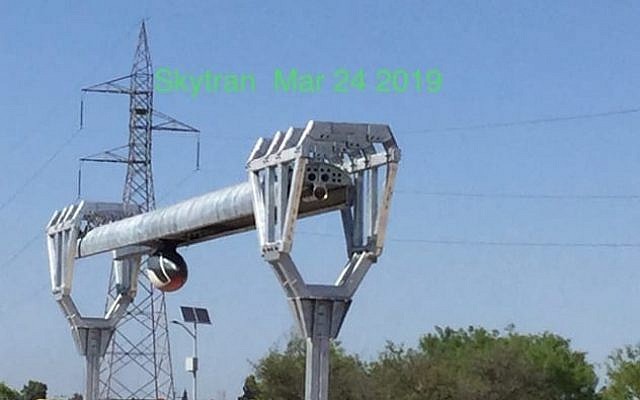 In April 2019, skyTran signed a Memorandum of understanding with Eilat on the creation of the elevated railway system Jetsons. However, construction has not begun yet, as the company is waiting for the approval from the Ministry.

In June, 2019, in the framework of the Dubai transport strategy for mobility in the Emirate aimed to transform 25% of all trips into travelling without a driver by 2030, the Roads and Transport Authorities of Dubai (RTA) has signed a Memorandum of understanding with skyTran. A similar Memorandum was also signed with Hyperloop One and Hyperloop TT. And in February 2019 – with SkyWay company.

This suggests that the Arab Emirates are seriously concerned about the modernization of the transport system. But we still cannot ride in a vacuum train or the brainchild of the American startup skyTran, which cannot be said about SkyWay. Probably, it is for this reason that Skyway transport has become one of the leaders today, entering in the number of Dubai’s official infrastructure projects.

EcoFest 2019 will be held on August 17 at EcoTechnoPark located in Maryina Gorka. And every guest here will be able to take a ride in Unibuses. So do not waste time, and buy a ticket to see the transport of the future with your own eyes.