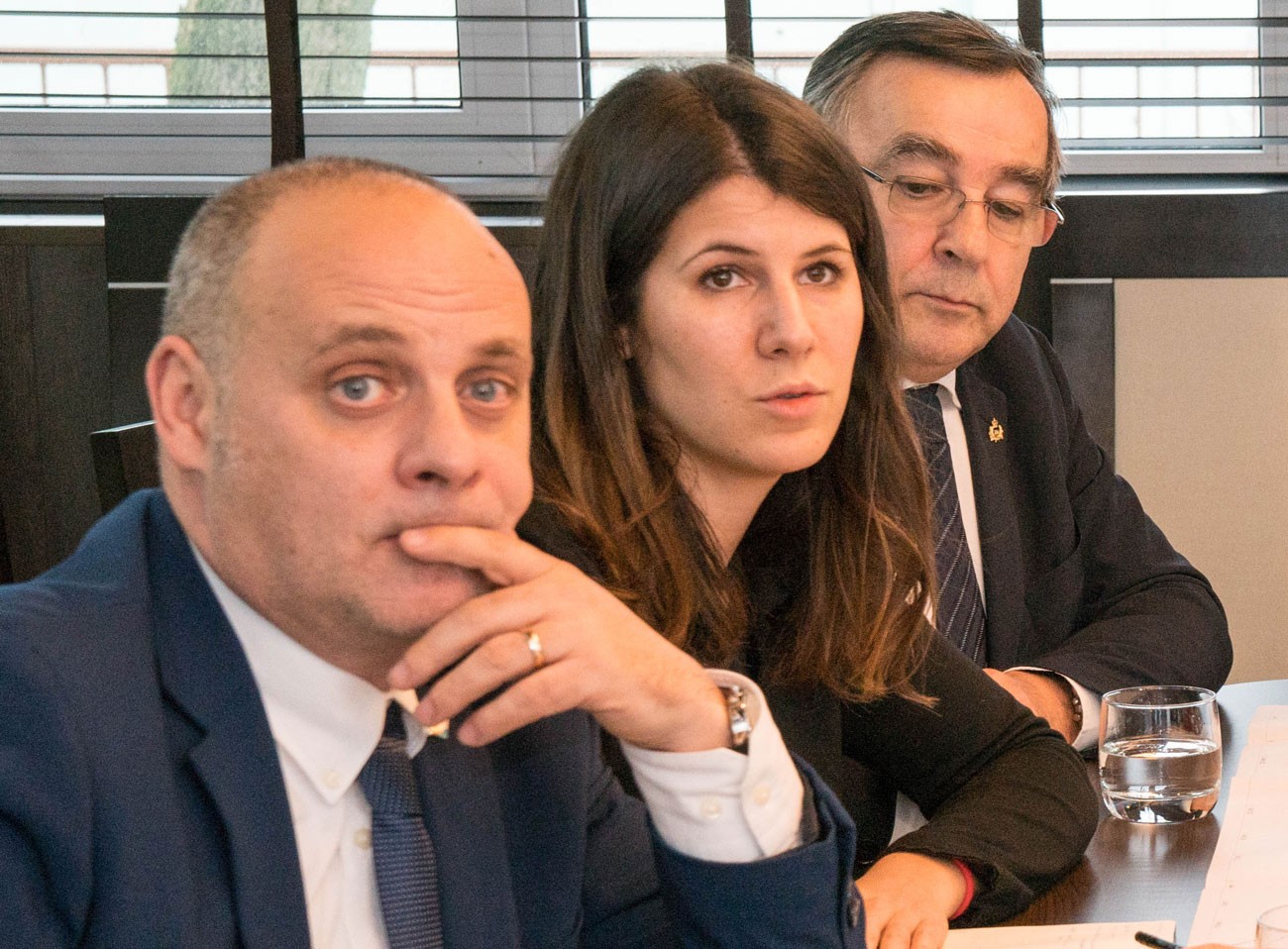 On March 14-15, SkyWay Technologies Co. was visited by a representative delegation of political and business circles from San Marino and Italy headed by the Secretary of State of the Republic of San Marino, Minister of territory, environment and tourism Augusto Michelotti. The distinguished guests held talks with the General designer of the Company Anatoly Yunitskiy. During the meeting the parties defined the most functional route that will connect densely populated areas with service facilities (hospital, University, etc.) and new territories. 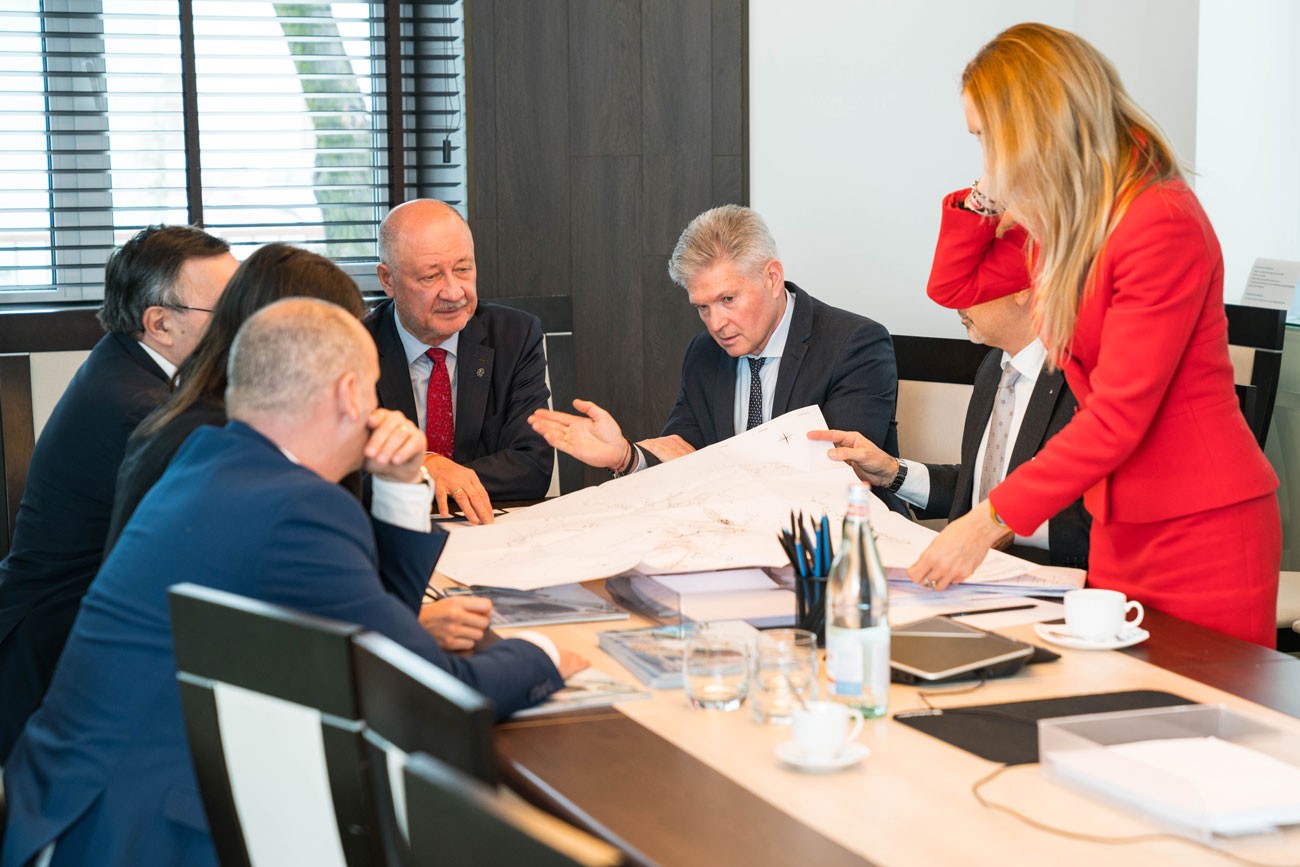 Plans to connect the Republic with the airport and the nearest Italian city of Rimini were considered as a more distant prospect. The parties agreed to exchange visits of technical specialists in the coming months, which was formalized in the Protocol of intent signed by Mr. Michelotti and Dr Anatoly Yunitskiy following the meeting.

The distinguished guests also visited the production facility and SkyWay EcoTechnoPark leaving enthusiastic comments on what they saw in the honored visitors’ book that is kept in the Museum of SkyWay technology. 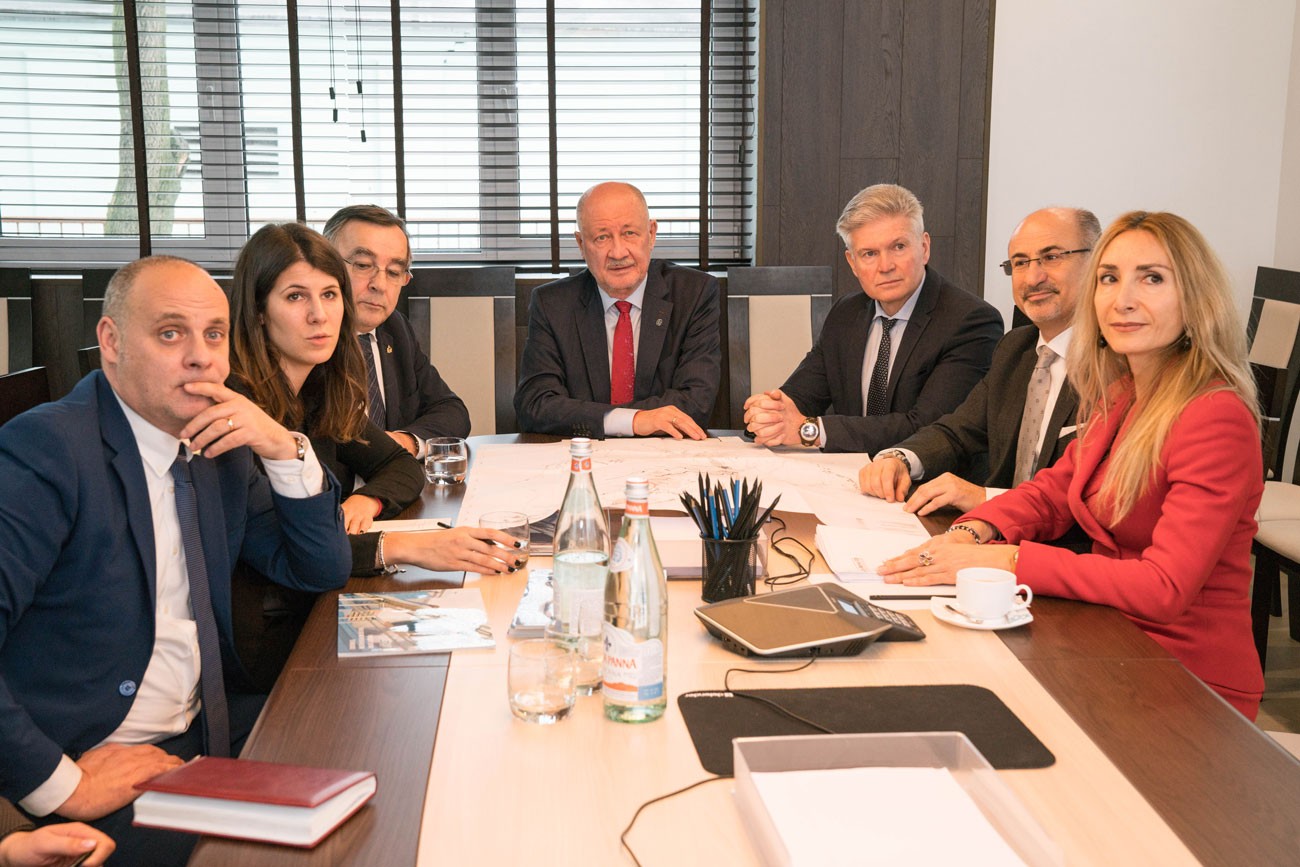 The Republic of San Marino, an Italian enclave, is one of the smallest states in the world. Within its present borders, San Marino is Europe’s oldest state. The name comes from the name of a Christian Saint, who founded the state according to a legend. The area of the state is only 60.57 km2. The country is situated on the southwestern slope of the three-domed Monte Titano mountain range (738 m above sea level). The total length of the state roads is 220 km. Arable land accounts for only 16.6% of the territory, however, its highland rocks occupy nearly 80% of the country. Due to this fact, SkyWay has no competitors in its territory offering a unique commercial proposal to create a transport system without damaging a beautiful panoramic view, which is a world heritage, preserving nature and solving all the problems of transporting people and goods in the highlands. 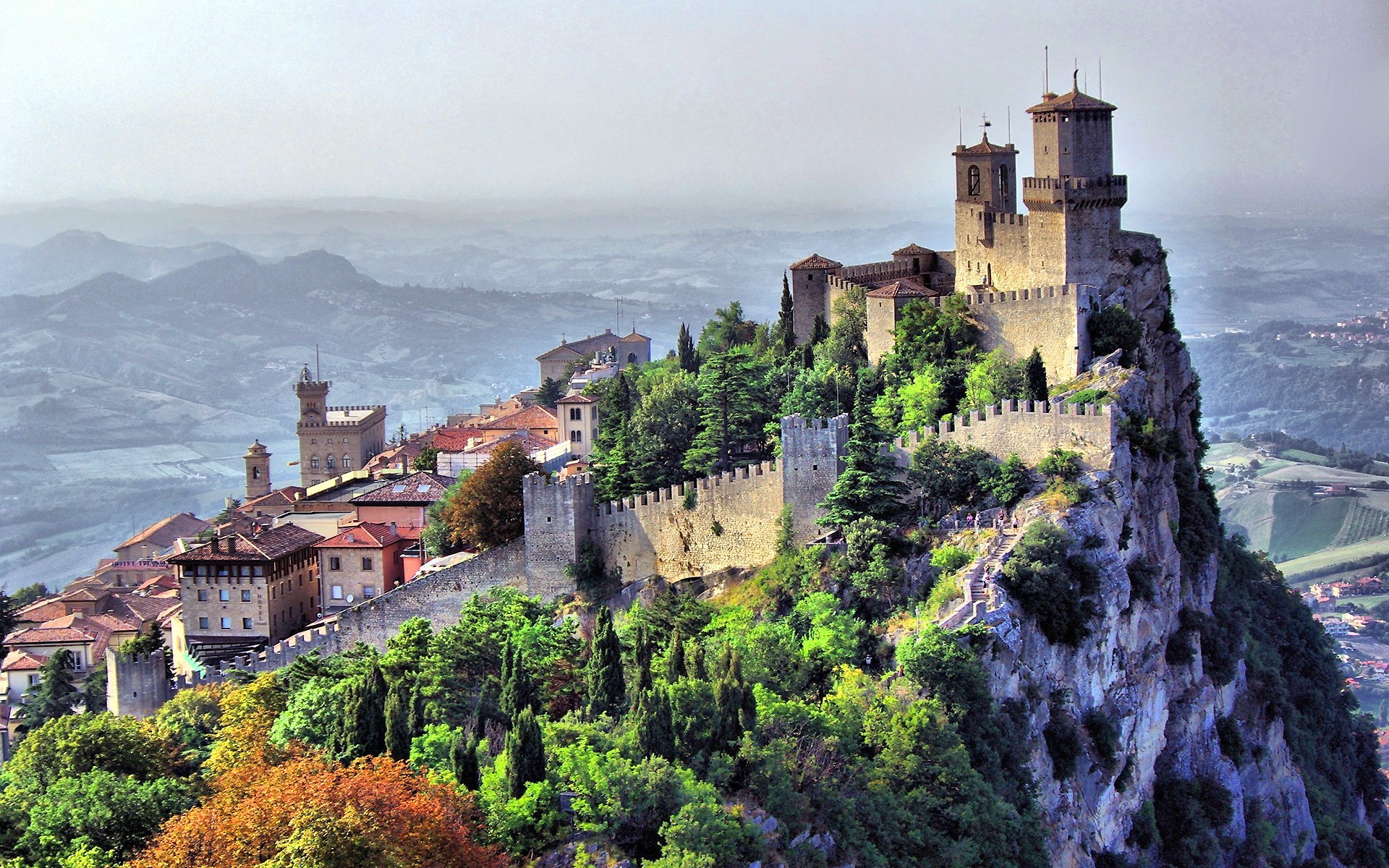 Our Italian partners lawyer Salvatore Frattallone and architect Emanuel Tartaglia have done a lot of work to prepare the visit. Important results were achieved as part of SkyWay project’s promotion in the Republic of San Marino: on December 19, 2017, Salvatore and Emanuela were accepted at the Secretary of State’s residence. During the meeting, they made a presentation of SkyWay to the State leader emphasizing all the advantages that this transport technology provides both for environmental protection and social development, as well as for the country’s economy at a high rate of its implementation.

During this meeting, the Secretary of State praised Yunitskiy’s Skyway transport noting that it will be widespread in the future, and said that he plans to order a draft route for Sky Way transport line to pass from the architecture Studio Stefano Boeri Architetti in Milan, already in charge of the plan on national regulation of San Marino. Let us remind that we have already written about this Studio, which is our ally in many ways, because the best skyscraper in the world 2015 “Bosco verticale” (“Vertical forest”) was built in Milan according to its project.

Since December 19, a series of talks took place with consultants of the Secretary of State on the organization of a technical meeting with Stefano Boeri. On February 21, 2018 in Milan, there was held a meeting in the Studio that was attended by Secretary of State Mr. Michelotti, some of his consultants, the whole team of Stefano Boeri Architetti’s designers and Studio consultant engineer Giuseppe Vallelonga from the Company “MIC Mobility in Chain”.

He gave an interview to RTV San Marino a few days after the meeting in confirmation of his desire to promote the project. The Secretary of State says in the interview that SkyWay is the transportation technology of the future, and that he intends to implement this project within three years provided it is approved by the citizens.

In general, it is unusual for politicians of this scale to initiate such projects, and this fact shows how much the Secretary of State of the Republic of San Marino appreciates the innovative SkyWay transport. This is a very important moment in our development, as it can lead to a practical start of work on the construction of the first targeted SkyWay project in Europe.