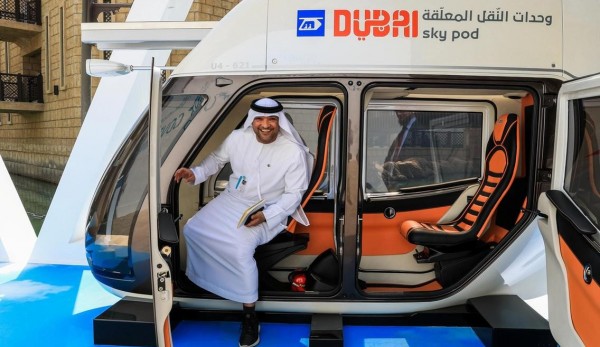 On February 10-12, the World Government Summit is held in Dubai, the UAE. Representatives from 140 countries, territories and international organizations will discuss innovations in science, technology, and global governance.

Participants of the World Government Summit traditionally show promising developments that should determine the shape of the future. This year, SkyWay string transport got into the list of such developments. The leading regional media: Gulf News, Khaleej Times, Esquire Middle East and others wrote about it.

«Imagine a jet-lagged and weary air passenger arriving in Dubai, getting off the plane, collecting luggage and then walking out to get a taxi. No passport checks, no visas issued, no security concerns. The ability of governments to communicate and share information, the ability of facial-recognition technology to accurately identify individuals, the ability of an array of biometric and other transponder-based technologies to work together — all make a traveller’s arrival seamless, secure and already a reality at Dubai Airport.

That’s a system that was first theoretically raised at a previous gathering of the summit, and is now a reality. How about skypods that link the skyscrapers of our cities, meaning there’s less traffic, less carbon footprint, less damage to our environment. These concepts are on display now at the summit, and how long too before they become as commonplace is as taking a ride in a building’s lift». 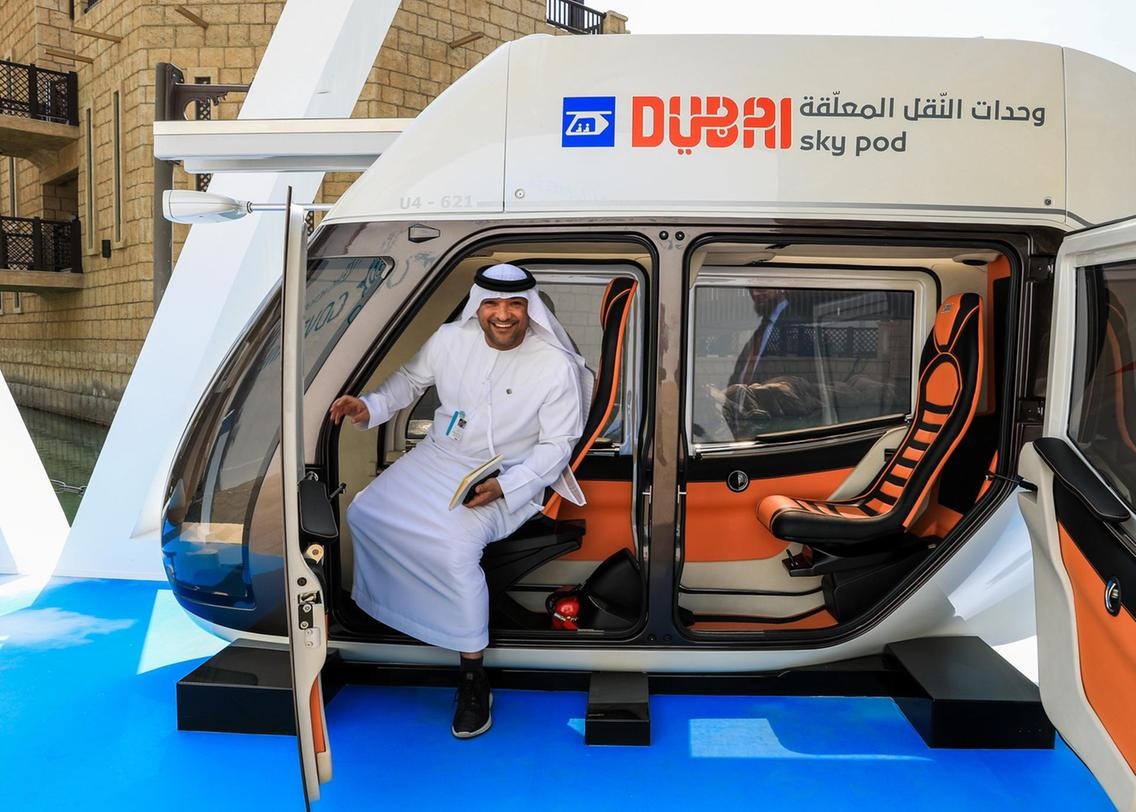 «Welcome to the Sky Pods, vehicles that will help shape the future of transportation in cities. Sky pods are designed to form a transport network for high-rises. They occupy minimal footprint (land area), have high energy efficiency, use innovative railways and operate using an automated control system».

During the World Government Summit, UAE officials formulated the principles for the country’s future development. This is the construction of smart cities, environmental conservation and the development of renewable energy. They also plan to strengthen the support to local talents in the IT sphere, inventions and technical education in the United Arab Emirates.

Participants in the plenary session on the development of smart cities in the UAE, stressed the importance of infrastructure projects. Traditionally, the UAE support innovative transport developments that can provide the country with the world-class infrastructure. Let us recall that this year the Dubai Ministry of Transportation (RTA), which supported the SkyWay project, will get 19% of the city budget at its disposal. 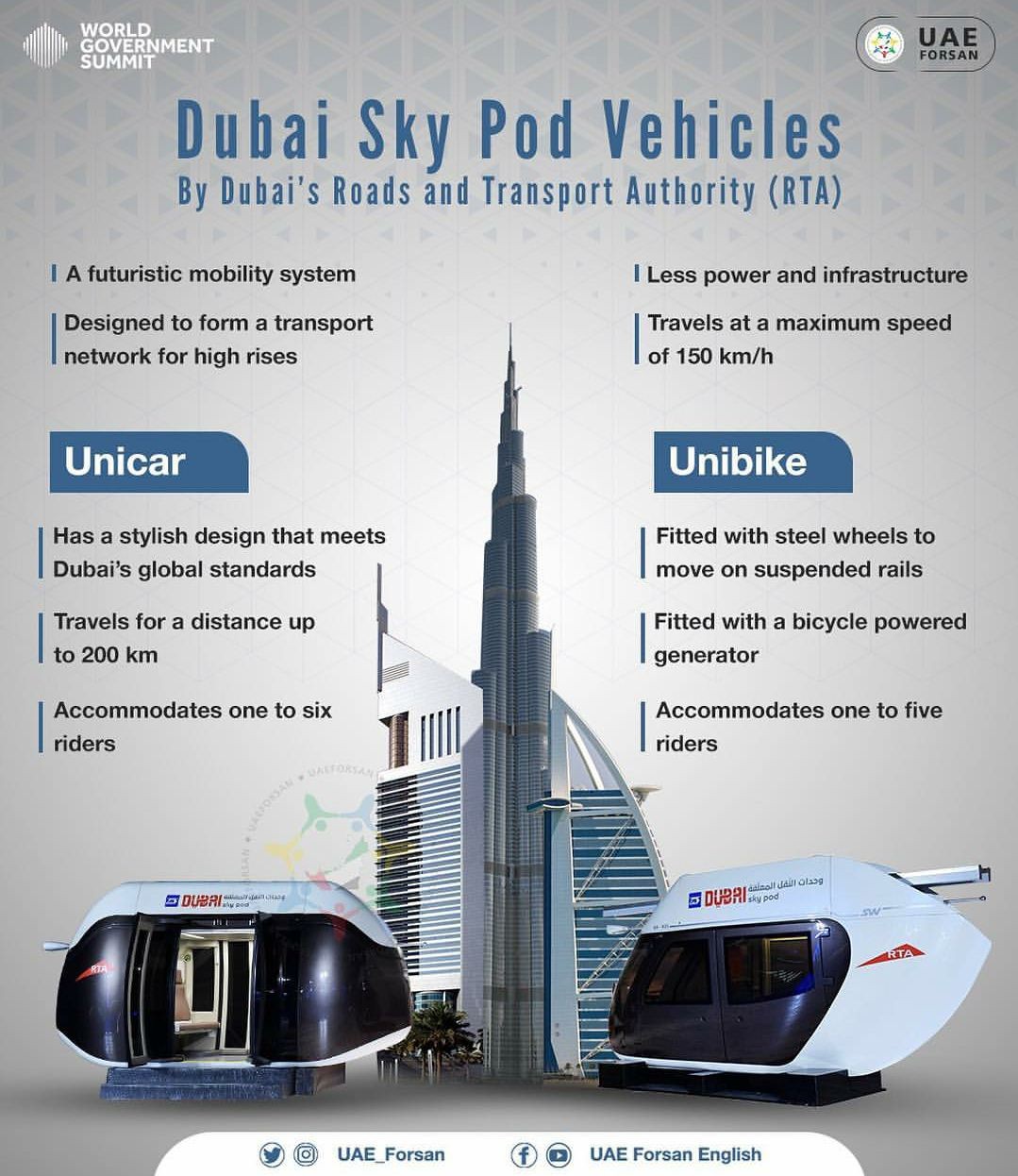 Innovations is the key word for the UAE, judging by the speeches at the summit. The country even intends to introduce the position of “Director on Innovations” for each ministry during the year. To this end, the government has already signed a contract with the University of Cambridge to train sixty innovative managers there.