The official resources of Unitsky String Technologies posted the news that the company's research and development center in Sharjah was visited by delegations from the government and business circles of the UAE and Saudi Arabia. The publication is given with reference to RBC +, a Russian project of a multimedia holding company, which produces commercial thematic supplements about competitive, dynamically developing industries and markets. 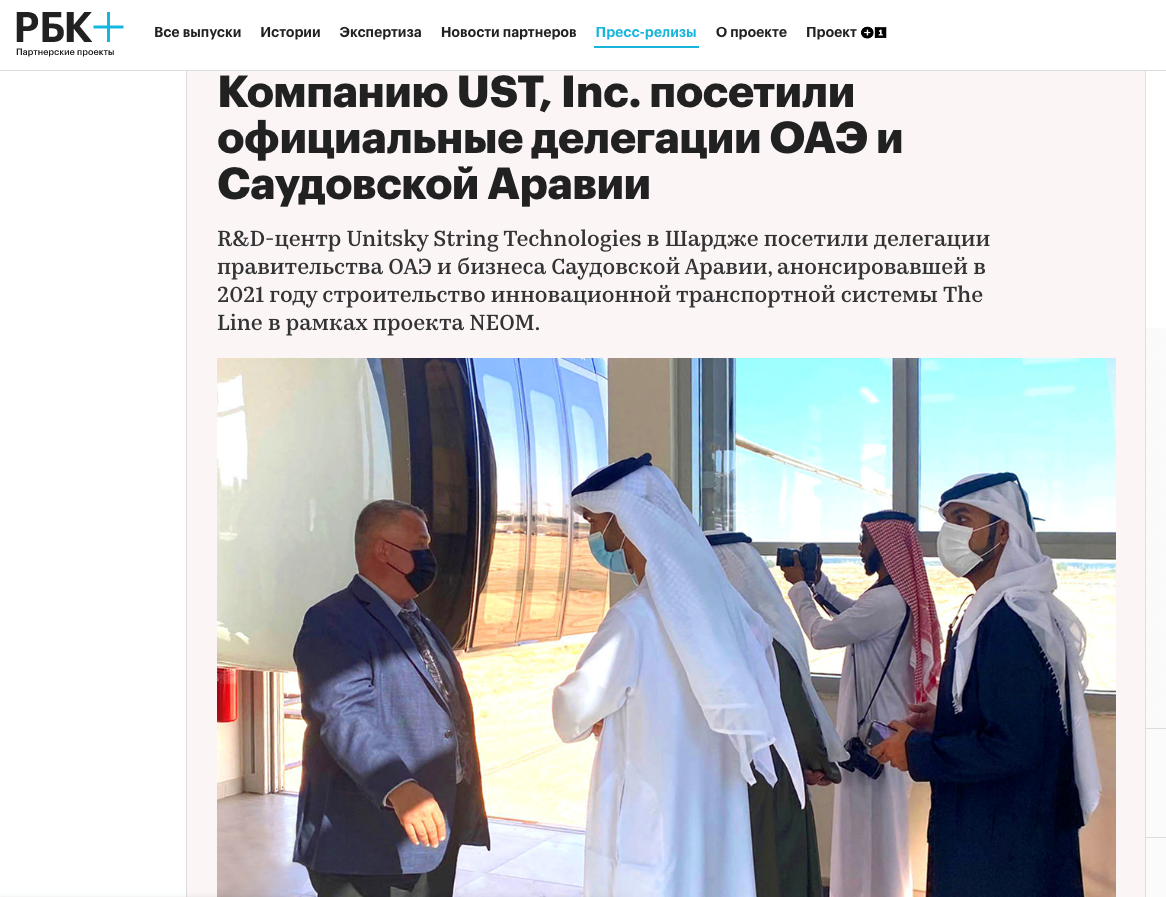 “The visitors appraised the Unicar® luxury electric passenger pod and the above-ground transport complex built in December 2020 for certification of three Company’s transportation solutions in the MENA region:

Passenger above-ground transportation system providing passenger traffic of 50, 000 people per hour on each elevated overpass with a price of 0.1 USD pssgr/km at speeds of up to 150 km/h. The Company’s technologies allow to reduce the cost of construction and operation of the transport system by more than a third compared to a standard monorail, by half compared to a railroad, and by five times compared to a highway.

Cargo above-ground transportation system providing cargo flow of standard freight containers with a price of 0.01 USD tkm at speeds of up to 130 km/h. The competitive advantage of the Company’s solutions allows loading and unloading operations in ports and logistics hubs right “on-the-go” without construction of additional stations.

And finally, the system of above-ground high-speed passenger transportation at speeds of 300-500 km/h. The engineering design feature of the structure itself, as well as transfer of the high-speed route to the second level allow reaching such a speed combined with passenger comfort and economic feasibility for the client”.

One of the main reasons for the visit of the business community was the high assessment of the string technologies’ commercial potential, while officials were attracted by the growing interest in innovative transport complexes that meet the special requirements of linear cities, in the creation of which the governments of the countries of this region are interested.

“We (Saudi Arabia — author’s note) are to transform traditional cities into cities of such technological type (linear cities — author’s note), cities of the future…Today, as Head of the NEOM Board of Directors, I present to you such a city — the Line. A city with a population of 1 mln people, 170 km long, with 95% of nature untouched within its borders. A city without cars, traffic jams, exhausts and industrial pollutions,” — said His Highness Crown Prince of Saudi Arabia Mohammed bin Salman Al Saud. 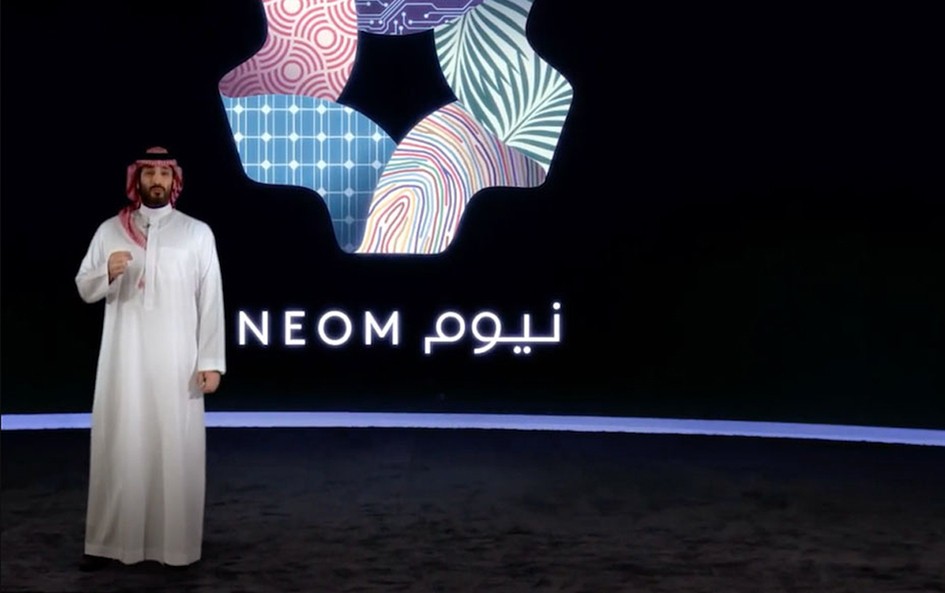 It is no longer a secret for anyone that the innovative transport and infrastructure complexes developed by Unitsky String Technologies have practically no competitors in the construction of linear cities and in similar urban projects.

Attention: you can rate publication and leave a comment from specified email only once. Be constructive!
Saltanat Asanova
Investor status:

Very good information, what Mr. Bin Salman is talking is very similiar to Unitsky´s Lienar cities concept. No cars, no roads, just walking zones and in 5 minutes you can go everywhere. Would love to see our pods in Neom.
Amina Ramankulova
Investor status: 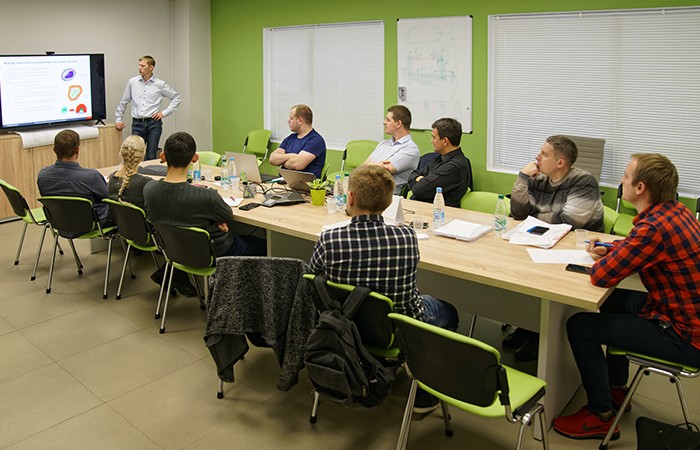