“Is string transport the next page in history?”

Dear investors, we are pleased to share with you the news about the analytical article of the “World Construction Today” media resource, which says that against the backdrop of the formation of traditional transport systems, string transport is developing at a fairly intensive pace.

The modern world cannot be imagined without a car, bus, or plane, but they are gradually no longer meeting the requirements of today. New transport solutions are emerging. Among them is string transport, which will help unload cities from traffic jams.

After a rather lengthy digression into history, the publication poses the question:

Is string transport the next page in history?

7 years have passed since the founding of the technology development company. According to journalists:

“At one time, some media outlets, initially critical of everything new, reproached the company for the lack of string transport models that could be tested. However, soon it not only presented 12 fundamentally different models of electric rail vehicles on steel wheels, but also built two test centers (in Belarus and the UAE), where it would be possible to test the transport in operation… At the same time, the international independent organization TUV SW Standardization Certification confirmed the safety of the urban test complex in the United Arab Emirates”.

As is known, this has removed the main limitation on the large-scale implementation of string technologies throughout the world. And last year, the company presented string transport at the international exhibition EXPO 2020, which has been demonstrating the best achievements of mankind for more than a century.

It seems that string technology solves the main problems of conventional transport: traffic jams, accidents, and environmental pollution. Interestingly, string transport has initially been met with skepticism, but gradually there are fewer and fewer doubters about its viability. Frequent visits by representatives of authorities and business are proof of this.

String transport continues to develop and today there are already four projects in operation. The connection of the territories of the Sharjah Research Technology and Innovation Park with a string road, as well as confirmation of the nominal speed of 500 km/h by 2025 are in the near future. Now, negotiations are underway on the project and the allocation of land for a high-speed route.

An answer to the question

Quote: “As you can see, string transport seems to have great prospects for the coming years”.

Comments are superfluous, we can only recommend that you read the publication of the technology developer “World Construction Today: “Is string transport the next page in history?” 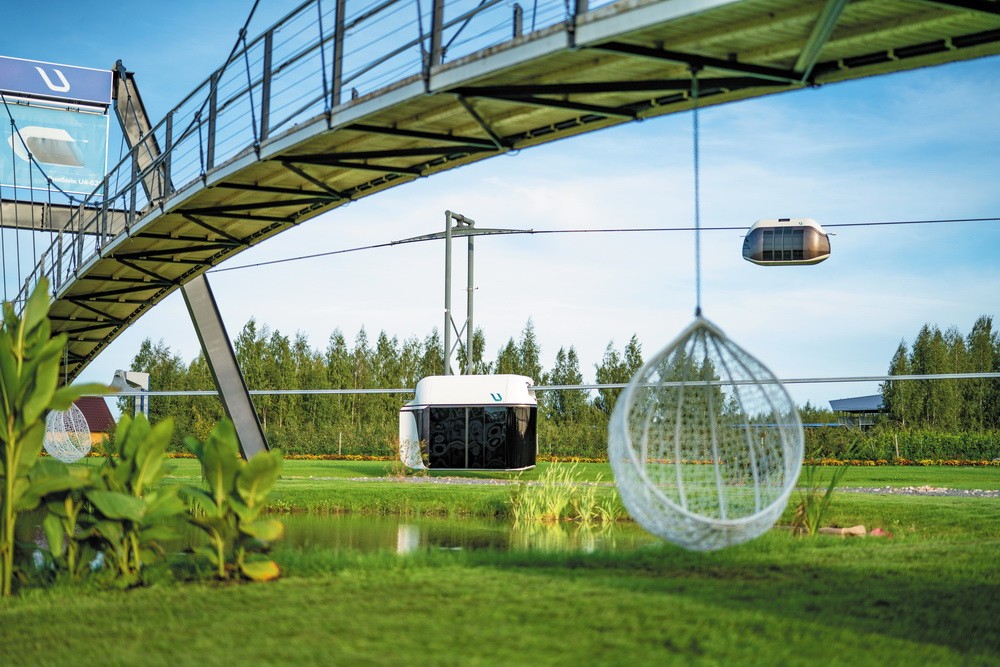 Attention: you can rate publication and leave a comment from specified email only once. Be constructive!
Nadezhda Drozdova
Investor status: