This week, SkyWay has become one of the main topics of discussion in many Arab countries: the United Arab Emirates, Yemen, Jordan, Egypt, Libya, Iraq, Palestine, Lebanon, Algeria, Sudan and Tunisia. Anatoli Unitsky took part in filming of the TV program “Let’s Challenge Corona” focused on the fight against the pandemic, which 25 TV channels of the above-mentioned countries will show three times starting from May 19. What does SkyWay have to do with it? Let’s briefly describe the content of the program.

Safety is the most important thing in our lives and today a large number of people are exposed to coronavirus infection in public transport, because it is a place where people cannot maintain a social distance. It is necessary to protect population from coronavirus and diseases caused by it, therefore with a concern about future generations, it is time to change the old public transport system and it is Unitsky String Transport that is the solution to this problem.

SkyWay is the first project to create a suspended string transport in the UAE, the implementation of which was facilitated by the ideas and experience of its founder and inventor, who is searching for innovative transport solutions designed to serve the benefit of all mankind. Its creator Anatoli Unitsky said that after realizing the harm caused to nature by transport, he devoted himself to creating a new technology that does not damage the environment and this work had been going on for more than 40 years. The project is supported by a great number of like-minded people in many countries of the world and by international organizations, because its goal is to create a new, safer and better world for people’s living. Having already achieved significant results in the Republic of Belarus, SkyWay has reached the next level of development in the UAE, where work is underway on several promising projects of cargo and passenger transportation.

While building its Innovation Center in Sharjah, SkyWay is making history. The Transport Department of the Emirate of Abu Dhabi also appreciated SkyWay technology. It is pointed out that SkyWay has a wide model range and requires an area of land acquisition 100 times less than conventional roads.

SkyWay technology’s creator shared thoughts that readers of his blog already know, in particular, from the latest release on the vision of the world after the pandemic: now this problem has affected a huge number of countries, most of the economic activity is suspended, which is caused by the need to stay at home to protect relatives and friends. The Company that develops SkyWay technology employs more than 1,000 highly qualified professionals (engineers, designers, programmers). Everything necessary is done here to preserve their health and, as a result, their working capacity, for which all the WHO recommendations are followed. Thus, we have managed to save jobs and the Company’s productive activities did not stop for a day.

There are many people in the world who have lost their jobs and remained without savings, which makes it impossible for them to pass through this difficult period. The Arab world is no exception, where a number of actions were initiated to help those who suffered. The fact that this happens in the Holy month for Muslims is not accidental: during Ramadan, they perform good deeds more often than usually, giving out voluntary and mandatory alms. For example, the regional transport sector agencies, which SkyWay cooperates with, decided to show that transport can also be useful in the fight against the pandemic. To provide targeted assistance in particular, as well as to the state as a whole – helping to ensure that the country’s residents go out as little as possible – dozens of taxi cars were provided to deliver food packages to those in need. The issue of mutual aid is very important to the creator of our project, so it is absolutely natural that Anatoli Unitsky could not stay on the sidelines away from this initiative and provided his personal funds for one of these charity campaigns.

Follow the link below to view the original “Let’s Challenge Corona” in full. The program demonstrates SkyWay logo and expresses gratitude to the project and its creator. It should also be noted that the fact it is broadcast during the quarantine that coincided with Ramadan increases the number of hits many times and resonates with the spirit prevailing among the residents of the region in this Holy month. As evidenced by the feedback already received, people are grateful to the Project for demonstrating that they are not left alone with their problems, not abandoned to the mercy of fate.

Thus, the charity campaign highlighted in this program further strengthens SkyWay's position in the UAE, which is already strong due to the emergence of innovative technology, unique scientific knowledge and new jobs in the region; raises our brand awareness to a new level; significantly improves the image of Unitsky String Transport; confirms that the appeal to build SkyWay and save the planet is not just empty words, but the cornerstone of the humane ideology of innovative transport and infrastructure complexes of the future. There is no doubt that all this will be rewarded a hundredfold, and thus the prerequisites are created for a speedy implementation of targeted SkyWay projects, contributing to the protection of the interests of hundreds of thousands of our like-minded people living in more than 200 states, countries and territories of Earth.

The project management and Anatoli Unitsky personally are doing everything possible even in the current situation, when the whole world has stopped and waits for the end of the pandemic! The goal of these actions is obvious – to provide string transport with the support of the public, business and government structures in the Middle East region for its successful commercial implementation after the recovery of business activity. We encourage all partners of the Project to follow our example, to do good deeds, to share with us stories about the things that occur in every city, settlement, village: someone takes part in charity campaigns providing financial assistance, someone sews masks, someone provides food to medical workers for free, someone gives them flowers… In the face of the universal danger, the whole world unites and previously unfamiliar people help each other now – after all, this is the way to test a real Human who is worthy of living in the world of the future! 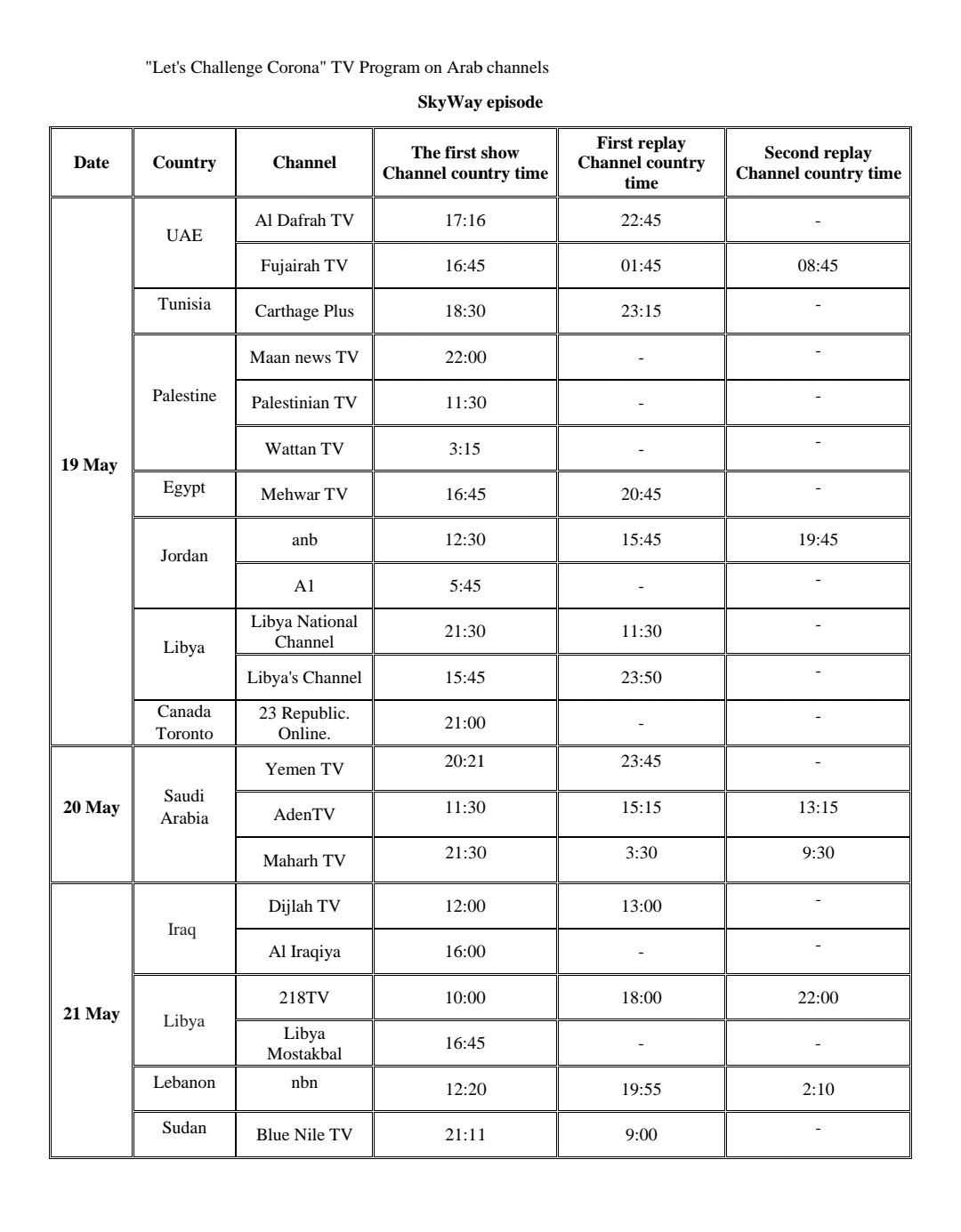 Attention: you can rate publication and leave a comment from specified email only once. Be constructive!
Stanislav Isaev
Investor status: