Urbanization as a negative trend in the development of society

According to the UN report “Prospects for global urbanization”, today 55% of the world's population lives in cities, and this figure will increase to 68% by 2050. Analysis of the growth of demographic trends suggests that by 2050 the number of urban residents will increase by another 2.5 billion.

Historically, urbanization has been based on economic and social factors. People tend to move from the village to the city in pursuit of better education and social services, as well as better employment.

At the same time, urbanization, as a phenomenon, brings about a number of problems, such as increased crime, pollution or traffic congestion. In this regard, city authorities are increasingly addressing “smart city” systems or looking for other solutions in the current situation. Before offering our own option, let’s consider the pros and cons of urbanization.

Urbanization is based on savings of funds and resources due to scale and raising of workforce productivity. The concentration of population in the city allows to reduce expenses on engineering assurance, infrastructure and communications, as well as arrangement of activities with the involvement of a large number of specialists.

According to experts of the International consulting company McKinsey, urbanization will be one of the largest drivers of global economic growth in the current century. A similar position is expressed in the UN report, which specially points out the importance of increasing the number of cities to reduce poverty.

The gap between economically developed and degrading cities is widening. High rates of population growth in megacities cause social tension. The number of migrants is constantly changing and no longer amenable to reliable accounting. It is not yet possible to provide them with housing and jobs.

Problems of overpopulation and provision of adequate infrastructure in cities are addressed too slowly. In this regard, the number of negative factors affecting the creation of conditions for sanitary and epidemiological well-being of population and preservation of its health is increasing. 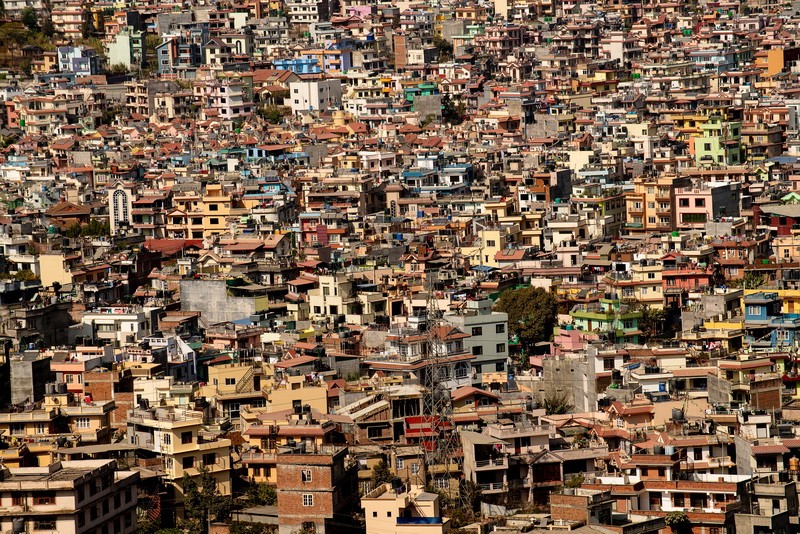 Over the past 10 years, the density of buildings in megacities has increased significantly, recreational areas have decreased, sanitary protection zones of objects - sources of atmospheric pollution have decreased. All this, along with the exponentially growing number of cars, led to the creation of a new artificial habitat, where the official standards for safety and well-being of population do not work. In addition, increased intra-urban migration and poor ecology increased the risk of epidemics and became one of the causes of psychosomatic diseases.

In addition to housing problems, urbanization has caused air pollution with dust, nitrogen oxides, formaldehyde, benzpyrene. And for urban residents, it has caused increased levels of noise, vibration, infrasound and high-frequency electromagnetic fields from numerous sources, including mobile communications, WI-FI, as well as electric transport: metro, tram, electrified railways and electric vehicles. Existing measures to protect health have ceased to provide the urban population with a proper level of safety, and the consequences of negative impacts have become irreversible. For example, it is the noise exposure that is related to frequent cases of cardiovascular diseases and neuroses, which reaches the level of negative impact from the exhaust gases of motor transport by the harmful impact on urban residents’ health, and even double-glazed windows in houses do not save from the noise on city streets. Among other things, the increase in the number of urban residents has led to an increase in household waste and, as a consequence, accelerated pollution of the environment.

It is believed that, seemingly, urbanization should contribute to the provision of people with jobs, quality goods and services, but practice shows that for migrants there are no guarantees for these benefits after resettlement. And the growing demand for housing does entail a jump in real estate prices. Many people can’t afford it. That is why slums evolve in megacities. 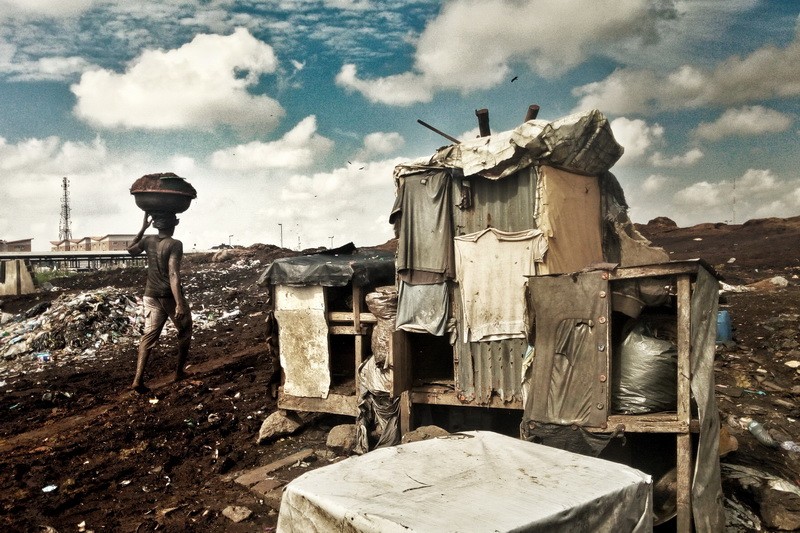 There arises the question “What to do?” It is obvious that the population growth of cities cannot be stopped.

Way out of the situation

Theoretically, it is possible to calculate the approximate rate of urban population that will be provided with the proper volume and quality of infrastructure and in which the risk to human health from the impact of the urban environment will remain acceptable.

Another option is to start designing and building linear SkyCities. These are cluster-type settlements, harmoniously integrated into the surrounding natural environment, where the ground surface is intended for pedestrians and green plants, and transport, energy and information communications are located above the ground. 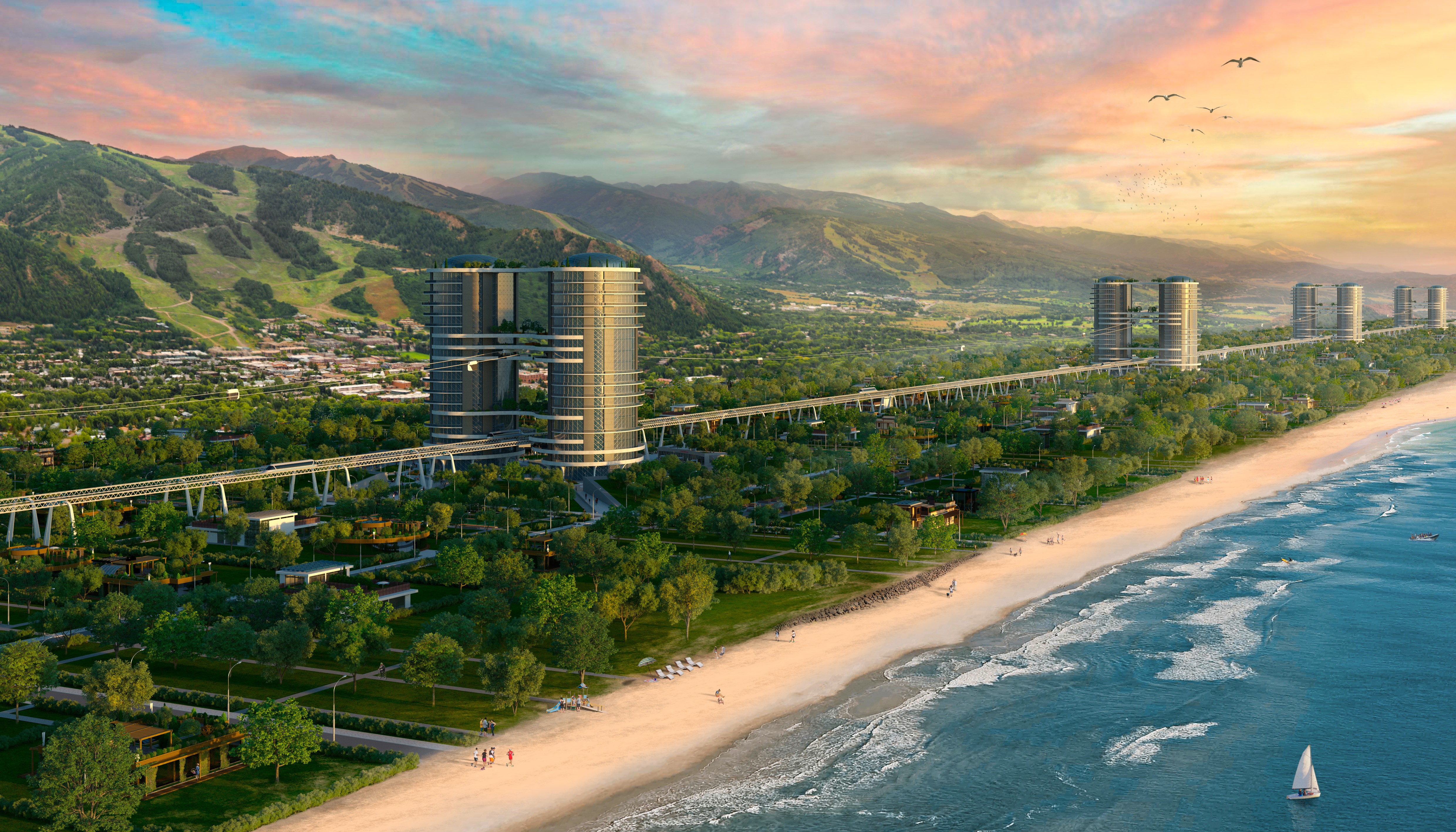 In the construction of linear cities, there will be no need to cut down forests, lay highways and railroads, and otherwise disrupt the biogeocenosis in the development area. SkyWay horizontal lifts will connect high-rise buildings, settlements, as well as residential, commercial, entertainment, industrial and multifunctional clusters. SkyWay super-fast transport routes will ride people anywhere in the world. Linear SkyCities can be built in the mountains, in desert and flooded areas, including harsh terrain, as well as on the sea shelf.

The basic principle in building each infrastructure cluster is a pedestrian quarter, in which low-rise comfortable buildings with widespread greening of urban areas and the use of renewable energy sources are located between multifunctional high-rise buildings connected with horizontal lifts. At the same time, significant savings are achieved due to: 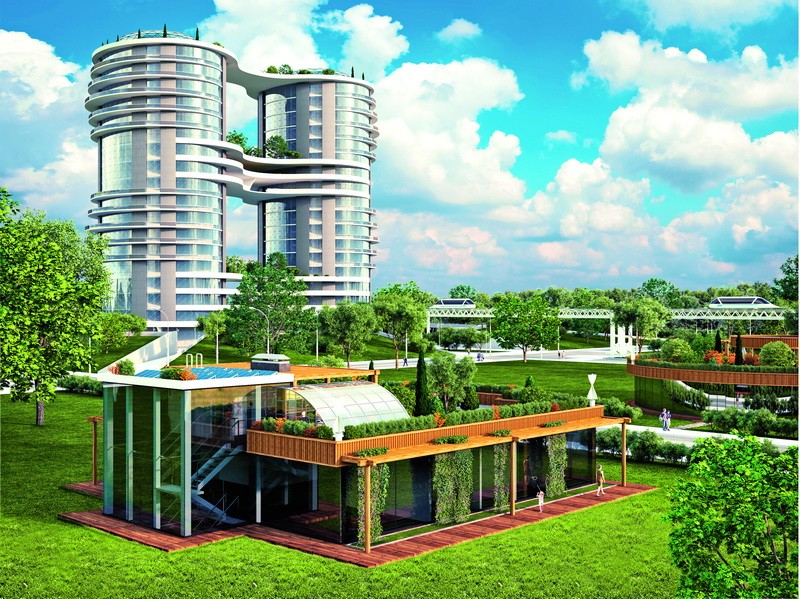 Construction of a linear SkyCity will allow to achieve many other positive effects. The duration and quality of life will significantly increase and improve due to eco-friendly and comfortable natural environment under the metropolis conditions. Due to widespread greening of urban areas. Due to reducing the cost of irrigation of restored areas (up to tenfold). Due to production of environmentally friendly food even under the megacity conditions. Due to creating a comfortable microclimate in the city. Due to setting up green gardens on the roofs and floors of high-rise commercial and residential buildings. It will also provide protection of premises from overheating (plants on the roof evaporate moisture and cool the soil) and create a comfortable microclimate in the premises. It will be possible to reduce the cost of cooling homes (given that the soil layer and vegetation on the roof are natural insulators). 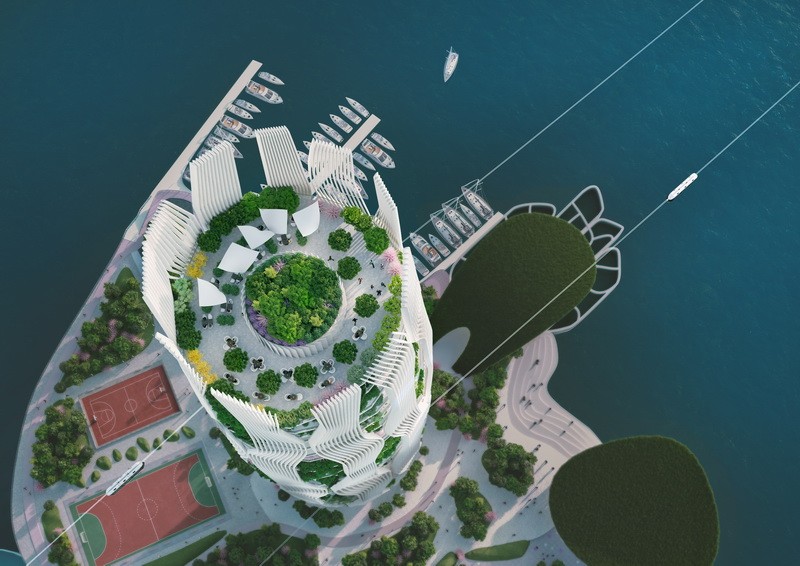 Wide opportunities for the use of renewable energy in the territories of linear SkyCities will be created due to a widespread installation of solar panels in the facades of high-rise buildings (up to half of the facade area).

The innovative approach to the creation of linear SkyCity infrastructure will also improve logistics, as the coverage area of the erected buildings will be reduced compared to the models of existing cities with “first level” transport, that is, on the ground surface.

Blockchain technology can have a great impact on the development of linear SkyCities, as the introduction of this innovative architectural solution in various spheres will decrease administrative expenses, reduce the likelihood of errors and fraudulent schemes with documents. The creation and development of the linear SkyCity implies the creation of a single system in which the transmission of huge amounts of data in need of protection and storage will proceed constantly. It is in this vein that the blockchain will act as a platform for the accounting and payment system of the linear SkyCity, capable of providing the required level of information protection.

As a result, the innovative and image-building project of the linear city based on SkyCity technology will increase the attractiveness of the created region for business and will become an impetus for intensive economic development and growth.

Such a way to deal with the problems that are growing in connection with the development of the urbanization process has already been appreciated by the UN. Anatoly Yunitsky was supported by 2 grants in 1998 and 2002 to develop the concept of linear cities. Accordingly, taking into account the sustainable development objectives adopted by the world community and officially known as “Transformation of our world: agenda for sustainable development for the period until 2030”, the world leaders should turn their attention to SkyWay linear city as one of “smart city” concepts. Especially bearing in mind that most recently, in spring 2019, SkyWay became an expert and partner of the UN on the smart cities program.