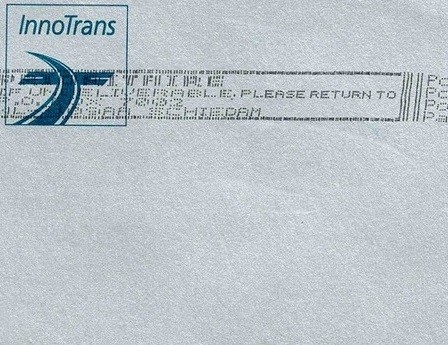 SkyWay at Exhibitions in 2018: Sustainability, Innovation and Happiness

SkyWay Group of Companies is consistently represented at the largest transport exhibitions of the planet and does not intend to slow down. Today we publish a preliminary list of international exhibitions where the innovative SkyWay transport will be displayed.

On participating in major exhibitions in Asia (Smart Cities India, RailwayTech) and aroused interest in India and Indonesia, presentations of the technology in Asia continue. Now there is a turn for the conference following the Thailand Investment Forum. It will be focused on the Eastern Economic Corridor and will be held for two days. The subjects of discussion include Thailand 4.0, the project of underground cities in Malaysia, Thailand’s cooperation with the Association of Southeast Asian Nations (ASEAN) and others.

The Asian market remains a priority for SkyWay and the event will not be the last in this trend.

RailwayTech is the most significant event for the regional rail transportation market. The exhibition displays innovations in the field of alarm systems, communications, management, models of infrastructure projects financing and more. The site allows professionals to establish new business contacts, to discuss existing prospects and problems in the sector, to share their own experience and learn from the experience of colleagues. On participating in RailwayTech 2017, the Company “SkyWay Technologies Indonesia” has signed MoUs with the Companies “Jorong Port Development” and “Indonesia Infrastructure Society”; Minsk office of SkyWay project designing organization was visited by a representative delegation from Indonesia.

“Jorong Port Development” is interested in building a 10-kilometer SkyWay cargo route in a major Indonesia’s port. The Company will begin working on the preparation of feasibility study in January 2018. The Indonesian Infrastructure Society will render support in its preparation.

To date, SkyWay is already working in Indonesia over more than 10 projects. The total amount of the projects is USD 42,532,000,000 or equivalent in Indonesian Rupiahs IDR 575,732,354,552,313 for the development and implementation of SkyWay transport. The total distance is 4,167.93 km. SkyWay is supported by South Korean and Singaporean investors who are able to provide 75% of capital investments into the projects in Indonesia. The balance will be provided for financing to local investors, who will desire to participate as partners.

The second show Future Cities will take place in spring in Dubai, the largest city of the United Arab Emirates, a major trading and financial hub of the UAE and the entire Middle East. The show will feature the best of innovations that would be able to change the planet’s future.

The show is based on 17 Sustainable Development Goals that were designed by the United Nations and adopted by 193 countries of the world in 2015. It also includes 10 “X-directives” for Dubai, an advanced program aiming to establish common rules in all Government bodies and surpass the whole world for ten years ahead. According to the organizers, the three pillars of the event are: Sustainability, Innovation and Happiness.

Another new point on the map of exhibitions with Unitsky String Transport (UST). The third international Transport Congress returns in summer 2018. The focus of the Congress is digital technologies and the way they will change the landscape of rail transport. The purpose is to implement innovative solutions in transportation systems for people and improve long-distance services. The Congress will be held under the slogan “People at the heart of digital railways.”

InnoTrans is a leading international platform for display and sale of transport technologies outlining the main trends in the development of this sector for decades to come. The Trade fair InnoTrans, one of the most significant events of the transport community in the world, became, in fact, the first step on the stairway towards international recognition of SkyWay technologies. The exhibition is held once in two years.

Our Group of Companies participated in the Trade fair InnoTrans in 2016. As a result of this participation, interest to the technology aroused in dozens of countries in Europe and Asia. It is at InnoTrans 2016 in Berlin that the public was first introduced to industrial designs of SkyWay rolling stock of the fourth generation (unibus and unibike), as well as a security module for the innovative string fencing, operating physical models of SkyWay transport systems and much more.

SkyWay participation in InnoTrans 2016 have already justified itself awakening interest in Unitsky String Transport among the representatives of India, the Philippines and several other countries, which names are not disclosed so far. Throughout all the InnoTrans 2016 period, the SkyWay exposition was among the most visited. Taking into account the pace of this technology’s development, the next forum will be undoubtedly even more fruitful. And if the first exhibition was for SkyWay an opportunity to declare itself on a global level, the second one promises to become a real triumph!