Following the results of the UN meeting, at which the SDG implementation was discussed, a collection of materials was published indicating the list of experts and partners of the program. SkyWay was among them.

The SDG is a project of future international cooperation, which involves 17 global goals and 169 corresponding targets aimed at prosperity and ensuring high quality of life of people around the world.

In early June, the program participants, including UNGSII, UNSDSN, UNICEF, UNOPS, WHO, met at the World Economic Forum in Davos (Switzerland), where the 25+5 project was discussed. Beforehand, 25 leading cities and 5 indigenous communities have been selected on all continents and by using them as an example, it is planned to prove the possibility of implementation of the SDG in full by 2025. All this is needed to bring people together and focus on building a society of the future.

"The sustainable development goals are a kind of call to action coming from all countries – the poor, the rich and the moderately developed. It aims to improve the well-being and protection of our planet. The countries recognize that measures to eliminate the poverty should be taken in parallel with efforts to increase the economic growth and address a range of issues related to education, health care, social protection and employment, as well as to combat climate change and protect the environment", – says the General Assembly Resolution dated September 25,2015.

Implementation of SkyWay and SpaceWay programs can be a decisive factor in achieving all of these goals. It involves the creation of many additional jobs, and not only in such cities of the future as Dubai, where SkyWay has already officially been included in the infrastructure development plan, but also in a number of least developed countries along the equator. The global potential of these projects is fully in line with the international development priorities recorded in the UN documents.

Moreover, the prospects behind SkyWay and SpaceWay in particular extend far beyond the SDG and related projects, including the well-known Kyoto Protocol.

The culture of consumption and production will shift to a completely different level, the harm to the environment should gradually be reduced to a minimum. The vast majority of problems associated with environmental pollution, climate change, preservation of forests, oceans and biological diversity, desertification and land degradation can be solved.

It is the UN that can be considered in the early stages as a component of the social and political framework for implementation of SkyWay and SpaceWay.

Anatoli Yunitski, the founder of SkyWay and SpaceWay, spoke about the need to create an international public organization within the UN to consolidate the efforts of the world community to ensure sustainable development of the biosphere and harmonious co-evolution of humans and nature in his speech at the II International Scientific and Technical Conference “Non-Rocket Space Industrialization: Problems, Ideas, Projects”. This is planned to be implemented within the next 2 years. The headquarters will be located in the United States. Over time, the organization will join the UN as an expert on global ecology issues.

The United Nations and Anatoli Yunitski have been cooperating since 1998. Belarusian engineer was twice given UN grants for projects related to string transport.

Attention: you can rate publication and leave a comment from specified email only once. Be constructive!
Suzanne Ellliott
Investor status:

that Skyway is very much involved and taking action in Sustainable Development Goals and leading the world with revolutionary global transport systems. 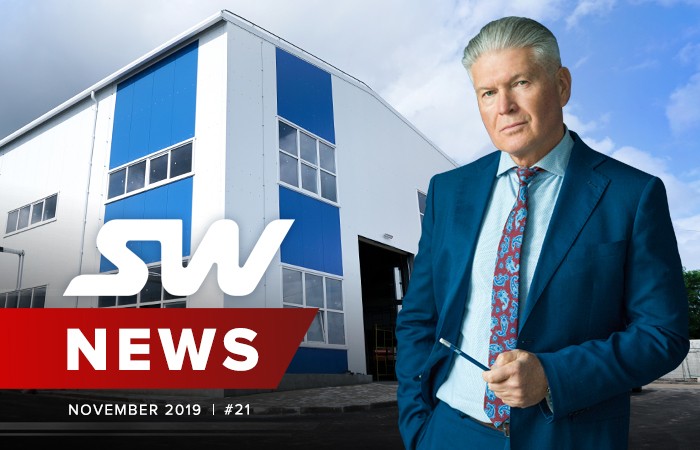