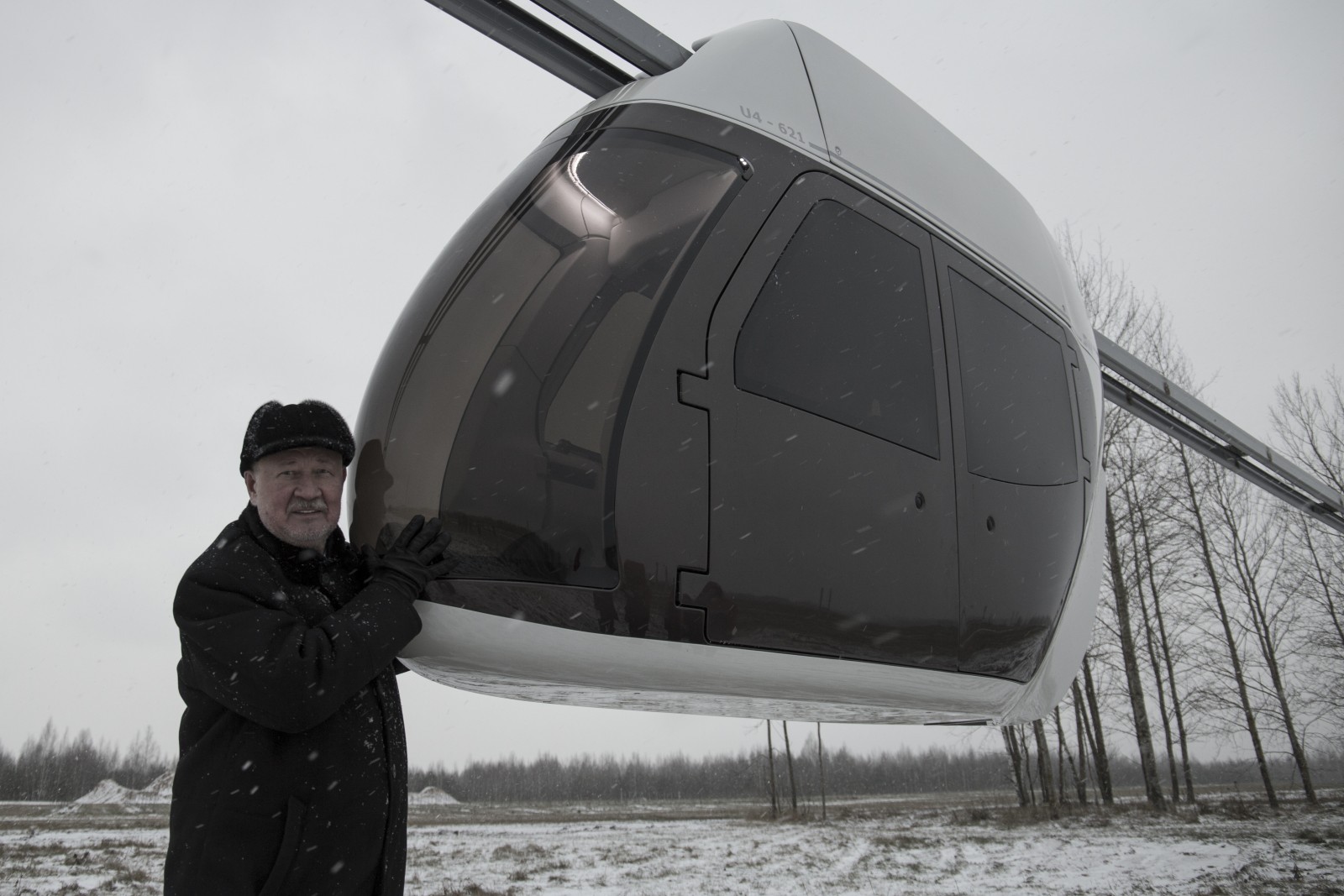 The tests of rolling stock and track structure of the lightweight urban track underway at EcoTechnoPark are an integral part of certifying the SkyWay transport technology. During the tests, the developers are examining the behavior of all elements of the transport system taking into account different weather conditions, loads, speeds, conditions of the rolling stock and track structure, analyzed together. With this purpose, the first runs of the SkyWay unibike on string rails are considered even before they get the calculated pre-tension due to stretching the strings (bunches of steel wire in the core of rails,) and before the rails are filled with special concrete intended for noise reduction, elimination of corrosion on the internal surfaces of the metal structure and an additional margin of strength.

At the normal mode of operation of the SkyWay system, this situation is excluded. Nevertheless, concern about the safety of passenger transportations requires accounting for this possibility. At the current stage, these tests provide data on the bearing capacity of the outer rail shell, the noise level generated by the vehicle when riding on a hollow rail, smoothness of the track structure in the absence of the needed pre-stressing, etc. The readings collected during the tests will form the basis of the comparative analysis and will allow to calculate the key features of the track structure on the lightweight urban route with maximum completeness.

The tests of rolling stock (SkyWay unibike) will provide information about characteristics of the transport during speedup, acceleration and braking, the maximum permissible payload, operation of automated systems of safety, control, communications, as well as unibike’s behavior at failure of certain components and units, etc.

The tests go on according to the approved schedule and will continue until the spring next year. After the SkyWay engineers collect and systematize all the required data on the system operation with minimal pre-stressing of the track structure, it will get the design parameters. Then the algorithm of studying the complex, corrected with the consideration of practically obtained data, will be re-applied to unibike and SkyWay string rails. During the entire testing process, the necessary adjustments will be added to the system operational setup. It will allow to certify the lightweight urban SkyWay complex. The information collected as a result of all the studies will be thoroughly analyzed and laid in the basis of further developments carried out by the project organization of the SkyWay Technologies Co.

A number of advantages in the SkyWay technology were confirmed already at the testing stage. They demonstrated availability of multiple margin of the system’s strength and its ability to continue functioning even in extreme conditions. The speed achieved by unibike on the route, which still has not received the calculated prior tensioning, reaches 60 km/h. It is 2―5 times faster than, for example, on a conventional cableway. SkyWay also surpasses a cableway tenfold in terms of durability. In SkyWay the vehicle moves not along the rope, requiring regular replacement every 7 to 10 years, but along a steel profile. In this case, for the motion at the same speed the energy consumption in a rail-string track will be 5–6 times less than on the rope.