The organizers of EcoFest 2019 have a request to guests to bring with them 2-3 kilograms of lively fertile soil, not touched by plowing, mineral fertilizers, pesticides and herbicides. The soil should be of natural moisture (not dried), with all the natural microflora and microfauna, bugs and worms, plant roots and seeds, etc. We’d like to explain why this is necessary.

A special bank of living soils and soil microorganisms is created on the territory of EcoTechnoPark, in which it is planned to collect the maximum variety of samples from different regions of the world. These soil microorganisms (about a trillion microorganisms of several thousand species live in 1 kg of fertile soil like chernozem) will participate in the process of creating a unique relic humus, which can be used to restore any type of soil, including desert sands.

Humus is the organic matter of the soil, the basis of its fertility. Today, the laboratory of agrotechnical research at SkyWay Technologies Co. has already identified agronomically valuable groups of soil microorganisms (about a thousand species) from samples of fertile soils of Belarus, Ukraine and Russia, in order to use them not only to produce humus, but also to inhabit them in soils raising their fertility. Guests from dozens of countries are expected at EcoFest 2019. Lively fertile soil brought by them will become a valuable material for the further work of scientists aimed at preserving and improving the ecological situation on the planet. 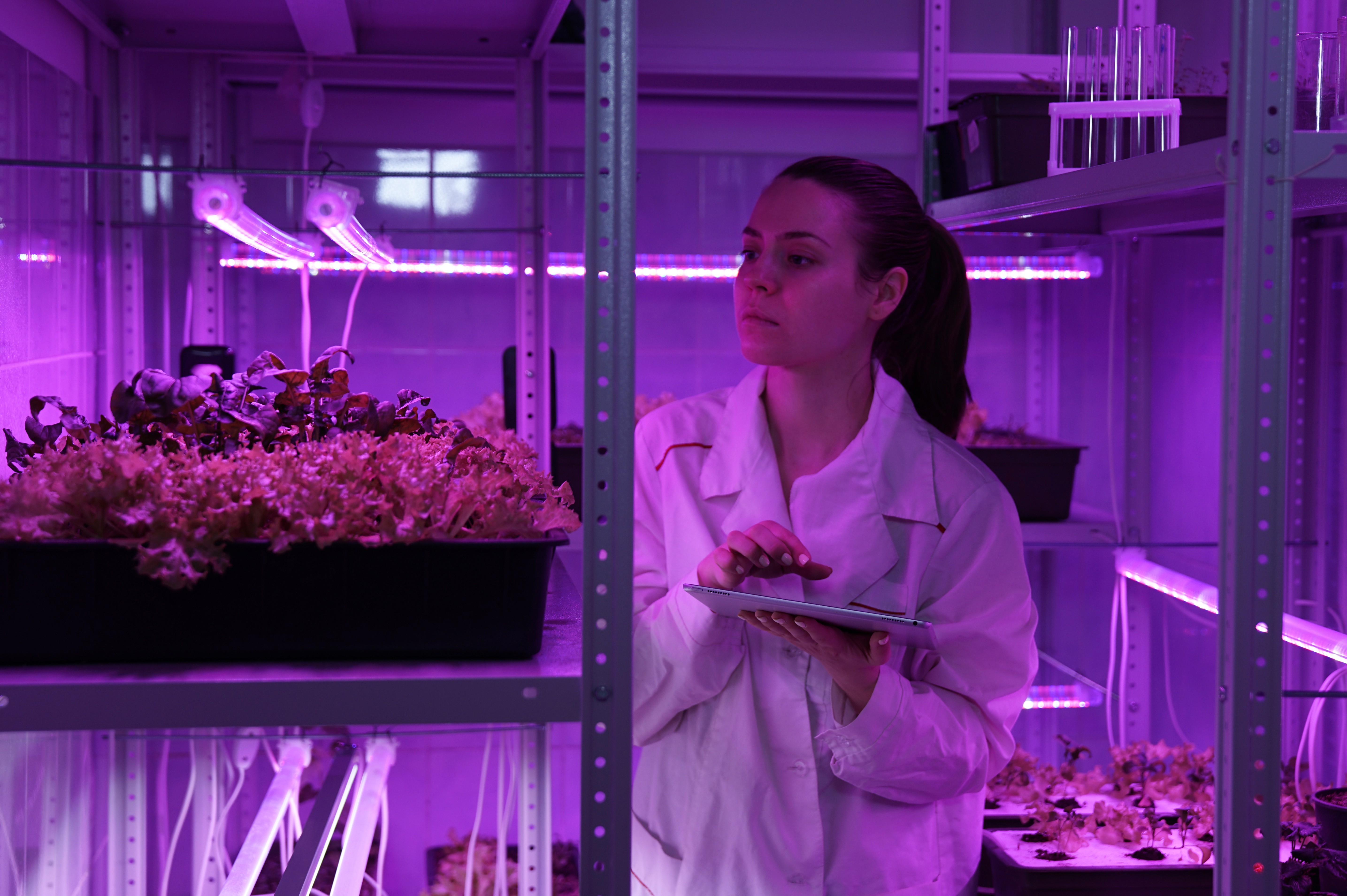 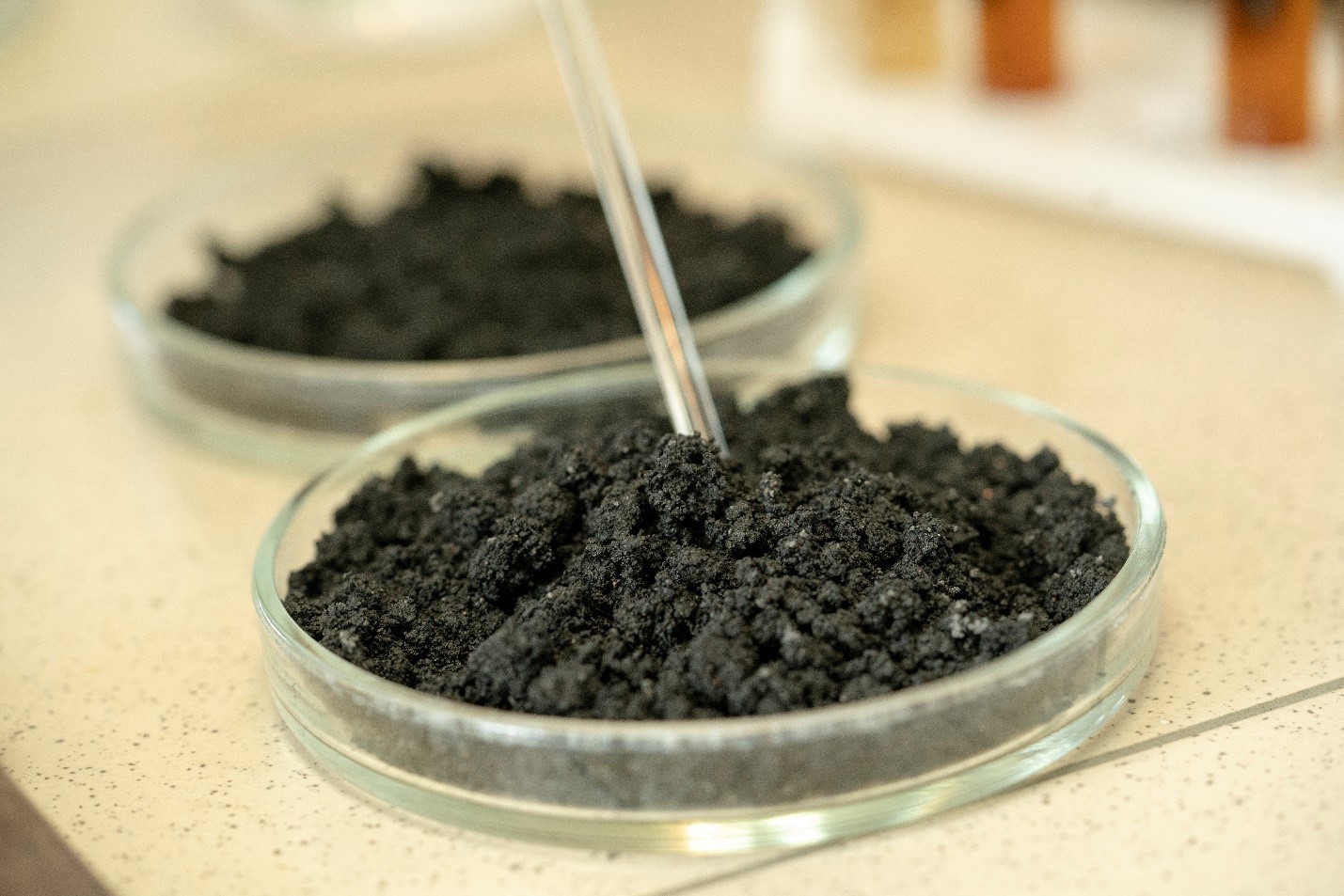 Figure 2: samples of relic soil created from brown coal in the laboratory of agrotechnical research at SkyWay Technologies Co.

“The state of soil is a mirror that reflects not only the material, but also the spiritual image of a person, it is man who is responsible not only for the condition of soil, but also for the entire Earth and the Universe as a whole,” said the Russian scientist V. Dokuchaev, creator of such a scientific direction as genetic soil science

Fertile soil with microorganisms living in it is the immune system of our earth’s biosphere. But today, people use intensive farming methods, bring in too much mineral fertilizers, do not observe crop rotation. This causes various types of soil erosion, desertification and lack of humus, destruction of microorganisms, degradation of soil, food, and ultimately - people.

Man kills the immune system of the planet with plowing, herbicides and pesticides. There is no need for a third world war for us to disappear - in the absence of an immune system on the planet a pandemic can occur at any moment. Nothing will save us then - neither a personal island in the ocean, nor a personal submarine, nor a Boeing with anti-missile defense - humanity will disappear very quickly, instantly by historical standards. 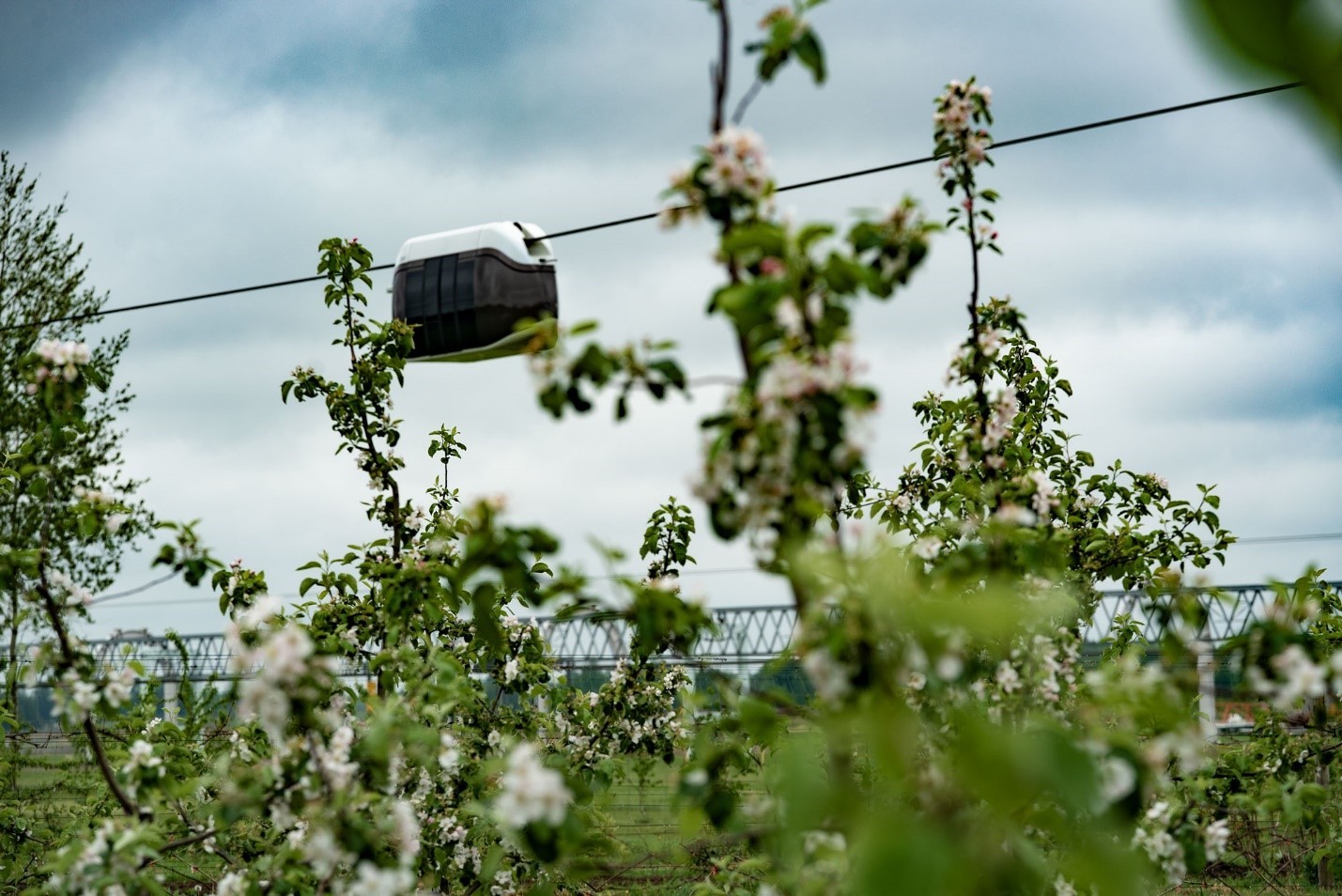 Figure 3: SkyWay unicar over an apple garden at EcoTechnoPark

Restoration of the natural fertility of soil with the help of relic humus is part of the SkyWay concept and one of the priorities for the creators of SkyWay transport.

“If we build a string route that rises above the ground, stays in the sky and is called SkyWay therefore — what should be under it? Throughout its whole length. We say: the elevated route should pass over blooming gardens and fields, vineyards and forests, bee apiaries and pastures ... Then the question arises: yes, it is possible to do this on fertile land, and what about deserts and ravines? How to turn this part of the earth into a heavenly flowering rug under the track?”- the creator of string transport Anatoli Yunitski wonders. And here, naturally, biology and microbiology, organic chemistry and other natural sciences begin to play an important role. However, in this case also, SkyWay goes further, demonstrating an innovative approach.

Under the leadership of Anatoli Yunitski and according to the technology developed by him, the company’s specialists perform an ambitious and unique task - to combine energy (as theory and practice of natural energy consumption) with chemistry and biology, studying ways of transforming and multiplying natural substances and organisms. So, if you combine the technology of industrial production of relic humus from brown coal and shale with energy, you can get millions and billions of tons of raw materials needed to increase soil fertility and, at the same time, convert energy in such a way as to minimize its harmful effects on the surrounding environment. For example, waste from the combustion of coal at TPP will go to the production of humus, which will be introduced into the soil around and ensure its fertility, and thermal waste will not be emitted into the atmosphere for nothing, but will be sent to heat the agricultural greenhouses at the same place.

After all, coal is a former tree, which took for its life all the necessary substances (almost the entire Mendeleev periodic table) from ancient soil, and the energy came from the sun that shone 100 million years ago. And this process can be reversed without any “time machines” - by returning the energy of the ancient sun to power stations and recreating relict soil, returning to it the entire mineral part of coal.

Even traditional coal-fired power stations made in this logic will become centers of flowering oases, the infrastructure of which will be served by SkyWay transport complexes. Today it is not only an original environmental solution, but an ambitious business project worth hundreds of billions of dollars. In the future, when the need in transport of the last generation is finally removed, the technologies developed by SkyWay will allow to release and restore the dead soil buried by people under asphalt and rails.

One of the main principles of the ideology of Anatoli Yunitski and SkyWay is to give nature more than we are forced to take away from it. For one square meter, allocated for construction, - three square meters of fertile land on the green roofs and floors of all the objects of the “string” infrastructure - stations, terminals, depots. SkyWay linear city concept is based on the same principle – the type of the future settlement, in which the surface of the earth is intended for pedestrians and green plants, and transport, energy and information communications are located above the ground at the “second level”.

EcoFest gathers thousands of like-minded people from various countries who are not indifferent to environmental problems and believe that the future belongs to environmentally friendly transport. Gardens should bloom around the string routes around the world, there must be clean air and fertile land. A few handfuls of soil that you will bring to EcoFest will be your contribution to the realization of this mission. 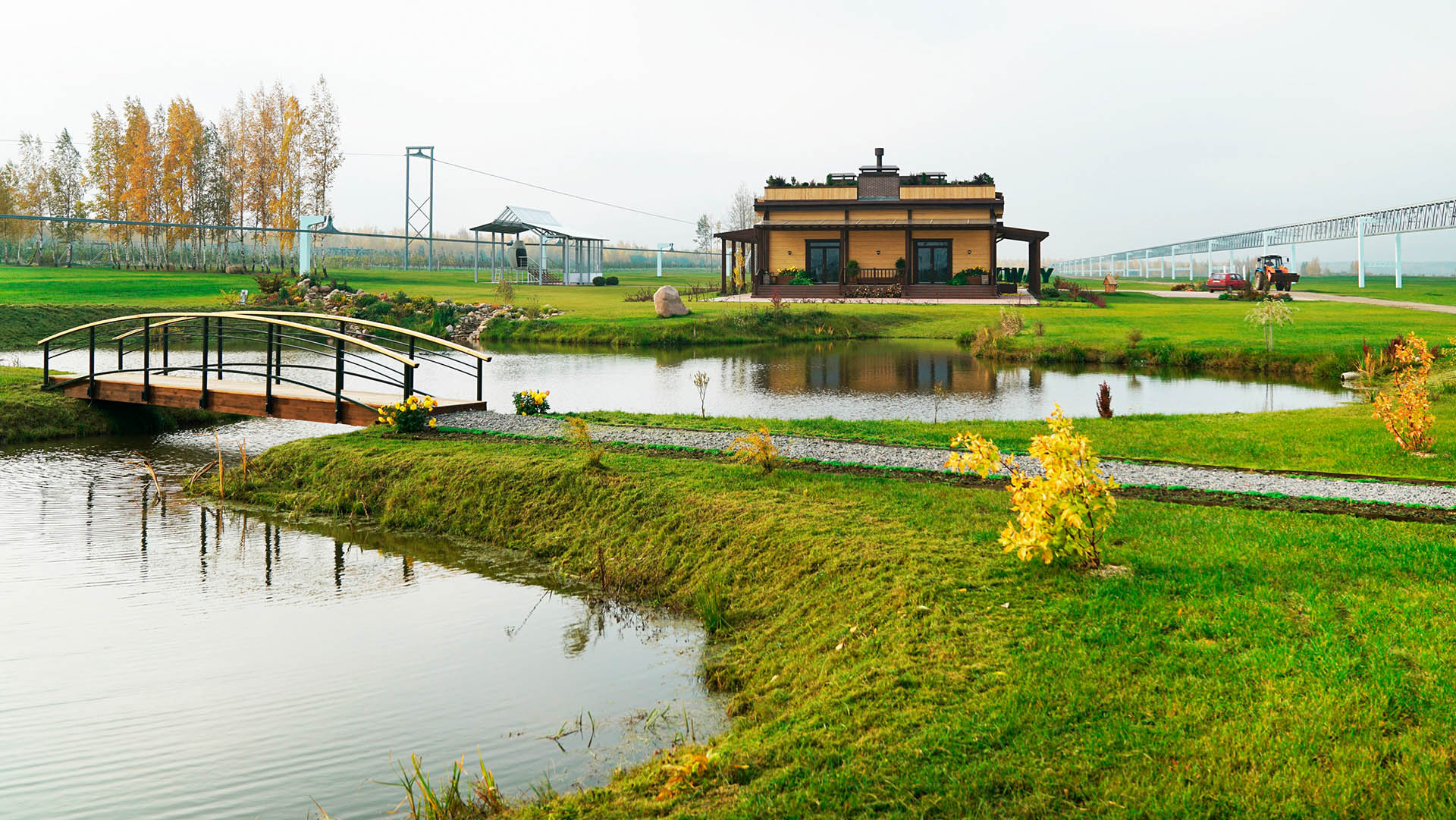