During the annual reporting event EcoFest 2018, a new development was presented to the public: a prototype of an unmanned aircraft based on Ka-26 helicopter. The novelty called “Combo” aroused not only great interest among the guests of EcoFest, but also a lot of questions on the technical aspect and issues of its practical application. The news service of SkyWay Group of Companies will try to give exhaustive answers to them in this publication.

“For example, based on the Ka-26 helicopter, we have designed and manufactured the largest drone in the world that can transport 1.5 tons of cargo at a height of several kilometers at 170 km/h speed for a distance of up to 500 kilometers. This is not a toy – it is necessary for us to build string routes under challenging natural and climatic conditions: in the mountains, at the intersection of rivers, over lakes and marshes, in jungles and tundra. It is successfully passing performance tests now.

The drone is a real helicopter for sale, it has an autopilot designed by us and an intelligent control system with technical vision – it is most important in any drone. However, we are improving the helicopter itself. After testing our automation and actuators, the drone will be completely different. It will have a different, more efficient and more reliable engine, a different more aerodynamic body developed by us, and even our propeller blades will be different, more efficient.

Such drone will cost at least $ 5 million in the aviation market. The demand for such aircraft is thousands pieces and it is already arousing great interest in many countries around the world,” the General designer of SkyWay Anatoly Yunitskiy noted in his speech addressing EcoFest 2018 guests.

“Combo” is a product of two companies’ collaboration, one of which is SkyWay project designing organization. In this development, SkyWay engineers implemented their own know-how in the field of creating intelligent vehicle control systems that are already used in SkyWay rolling stock. This solution, among other things, is dictated by the need to create and improve technological equipment and tooling, which is included in the budget of 15 stages on creating SkyWay technologies. Drone is the technological equipment to increase the speed of construction and installation works, which in the near future will allow to optimize the implementation of SkyWay targeted projects under harsh climatic conditions and save considerable funds. 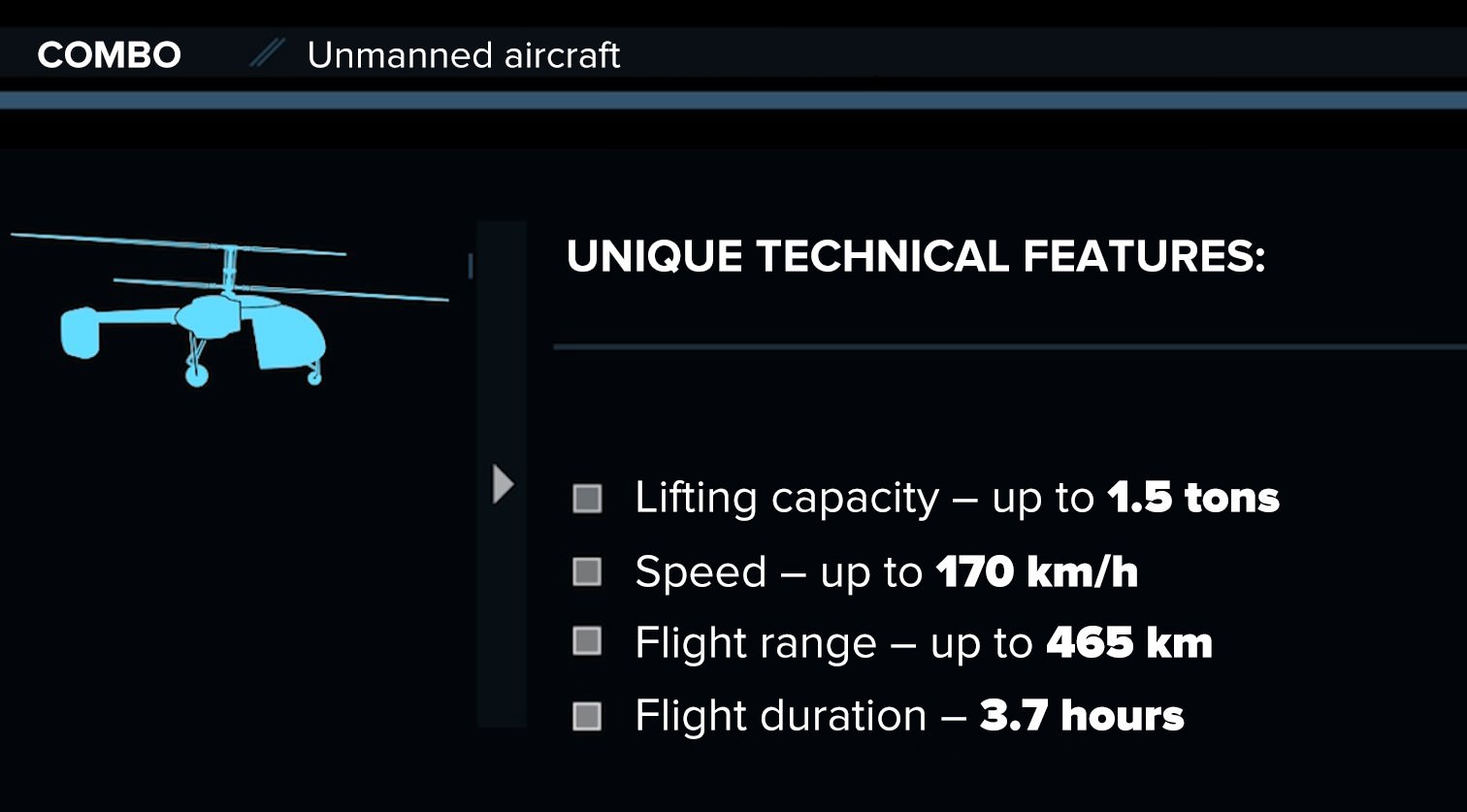 Development of the unmanned aircraft “Combo” prototype is carried out on the basis of the helicopter Ka-26, designed by the engineering bureau named after Nikolai Kamov. This vehicle has proved to be extremely reliable, maneuverable and low-maintenance in operation. In terms of its technical features and price/quality ratio, Ka-26 is one of the best rotorcraft created in the USSR. It owns 5 world records including a record of altitude for helicopters with take-off weight in the class of 1750-3000 kg (5330 m) and a record of ascension rate (reaching an altitude of 3,000 m within 8 minutes 51.2 seconds). 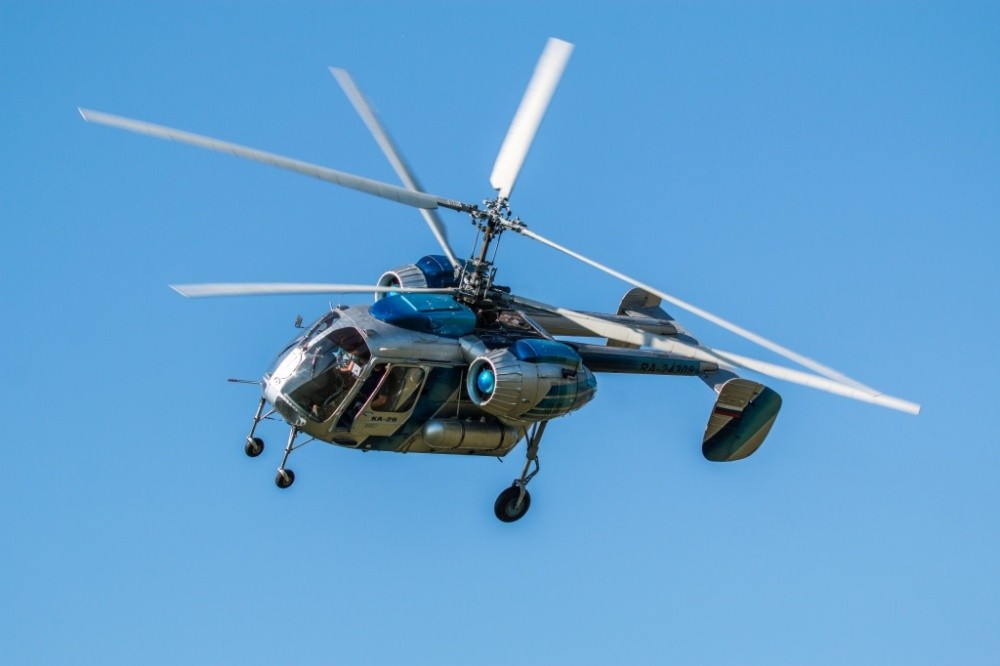 The advantages of Ka-26 are due to the use of a coaxial arrangement of rotors in its design. Thanks to this solution, the helicopter has a higher efficiency factor (+15%) at flight speeds of up to 100 km/h and a higher thrust (+30%) compared to aircraft of classical configuration with equal engine power. This increases the statistical ceiling by 1,000 m and doubles the speed of vertical ascension. Consequently, this helicopter with a coaxial design surpasses considerably competitors with a single-rotor configuration, especially in mountainous conditions at high air temperatures. Due to the compactness, aerodynamic symmetry and the absence of cross connections in control channels, piloting is greatly simplified, which is especially important for flights at low altitude and near obstacles.

In addition, aircraft with a coaxial arrangement of rotors have a significantly larger range of slip angles, rotation rates and accelerations over the entire range of flight speeds.

Ka-26 blades that are made of fiberglass reinforced plastic based on glass-fiber cloth and epoxy-phenolic binder for the first time in the practice of helicopter manufacturing, have an almost unlimited resource.

Ka-26 design includes a “flying chassis” scheme, in which the helicopter consists of a “carrier” of an unaltered configuration and a set of easily detachable attachments, which allows to adapt the vehicle to specific tasks in the shortest possible time by 2-3 people. The modular layout allows to create a multi-purpose aircraft with high operational efficiency. 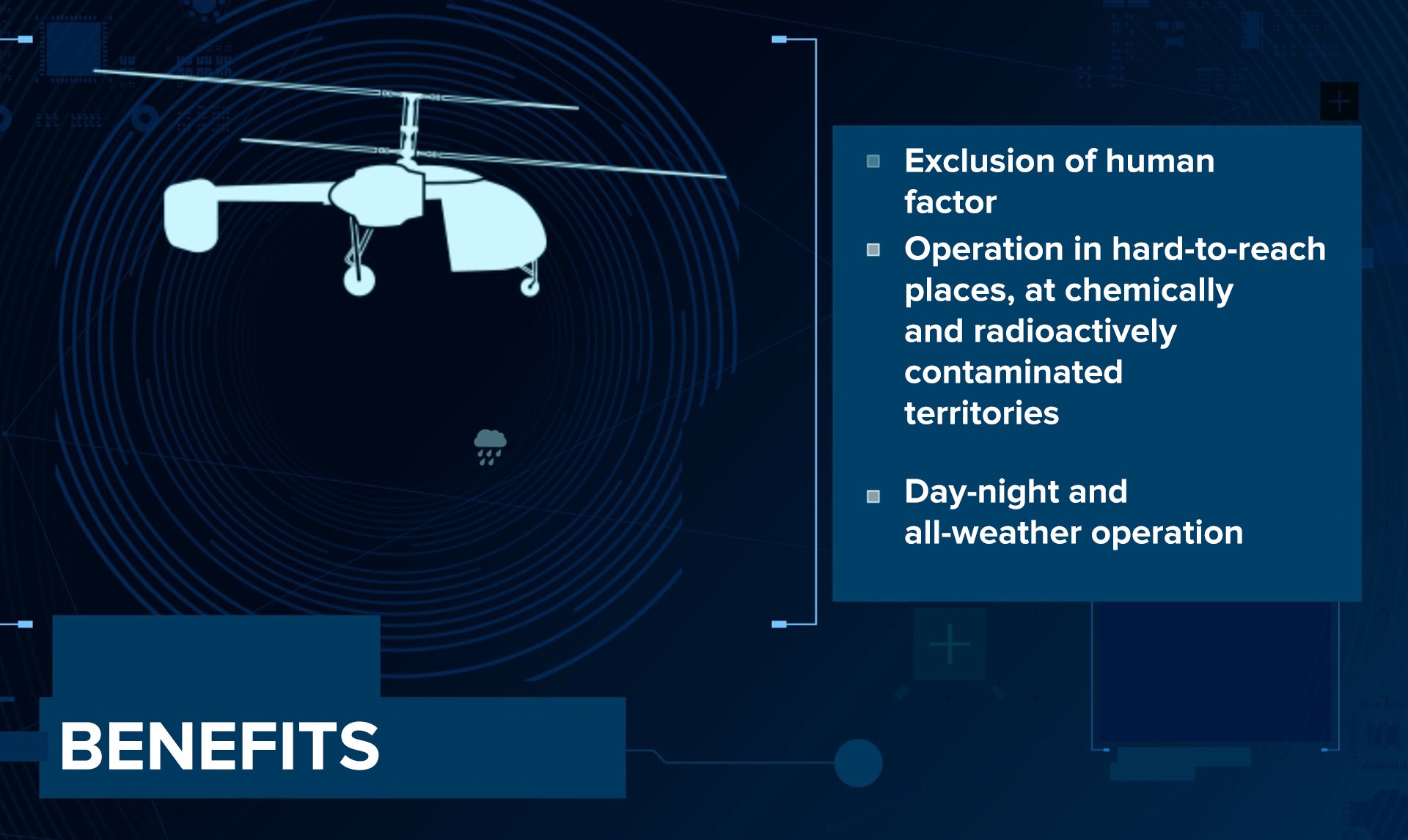 The unmanned aircraft “Combo” is a symbiosis of a well-proven, time-tested platform and the latest intelligent control systems. This combination makes it a unique development with extensive opportunities in the field of commercial use. 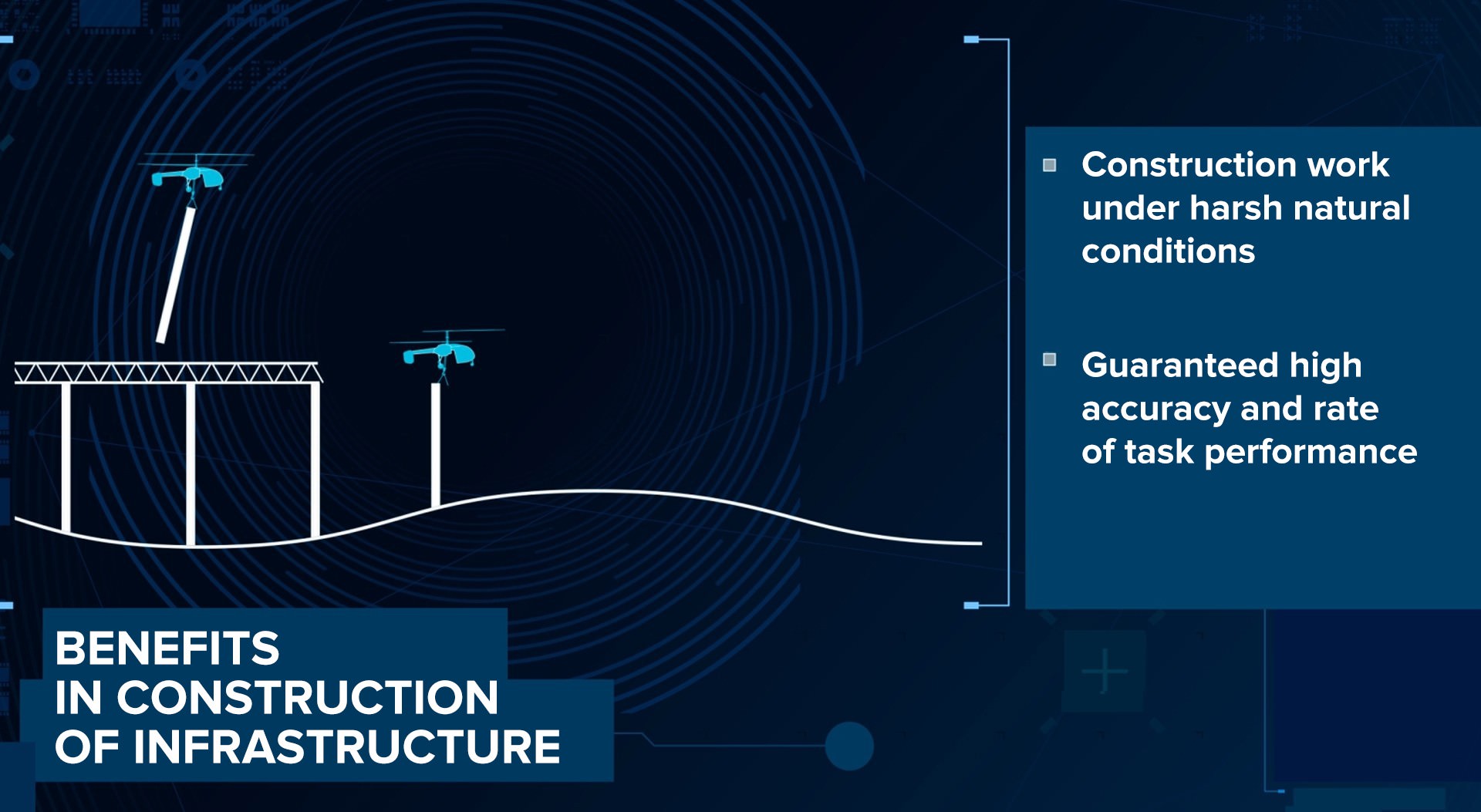 Since 2010, the technology of unmanned aerial vehicles has begun to pass over from the military sector to the civilian one; it has become by now a common practice in many sectors of the economy. According to the estimations of the consulting company Pricewaterhouse Coopers, published in 2016, by the end of this decade, the growth trend of this industry is able to overcome 6,000% threshold: from $ 2 billion to $ 127 billion by 2020, opening new prospects in agriculture, transportation, safety assurance, entertainment sphere, etc. 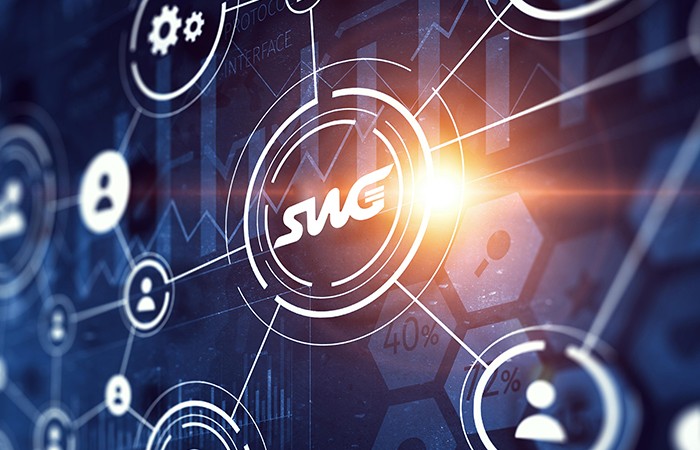