String Technologies are in the Spotlight of the World Media Again!

The further, the more our project pleases! The following media have recently written about it: the Russian media holding "RBC", which considered the prospects for string transport in the international market and the English-language press release aggregator Cision PRWeb published material about its main advantages ‒ low cost of construction and operation with complete environmental friendliness and safety. The posts are based on official communications of the company-developer of string technologies, which we have already presented to your attention ‒ both the Russian and the American one.

In addition, French and Japanese media have published information on string technologies. It is noteworthy that these countries are the world leaders in the creation of high-speed railways, and Japanese TV people even came to EcoTechnoPark for inspiration!

Let us dwell in more detail on the publication of the Japanese resource Fabcross, which, in particular, says that at the moment an overhead string transport system, designed for a speed of 150 km/h, is being built in the UAE and costs much less than existing solutions. The Sharjah Research, Technology and Innovation Park (SRTIP) in the UAE, which promotes research and development, has announced plans to operate the country's first high-speed overhead string transport system. 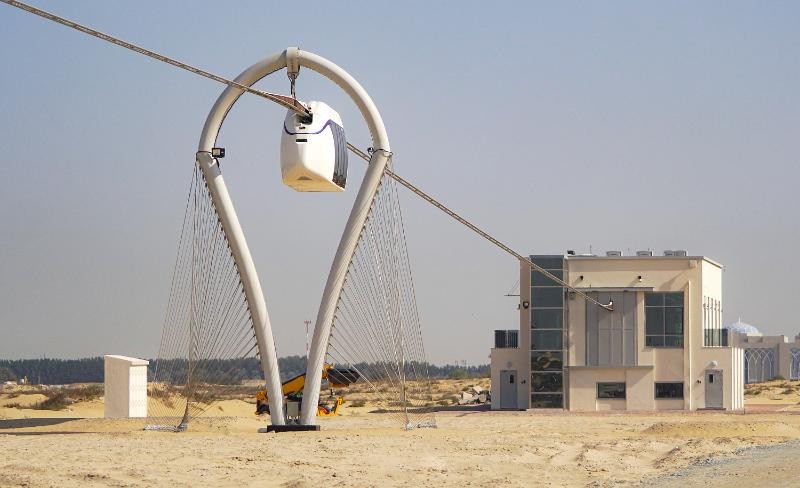 According to Japanese journalists, a 400-meter test section has already been built at the SRTIP site, and a 2.5-kilometer section of the track should be available in May for testing string freight transport. The technology has been developed taking into account the extreme climate of the Middle East and the track structure is expected to last 100 years. At the same time, construction and operation costs are significantly lower than those of competitors. 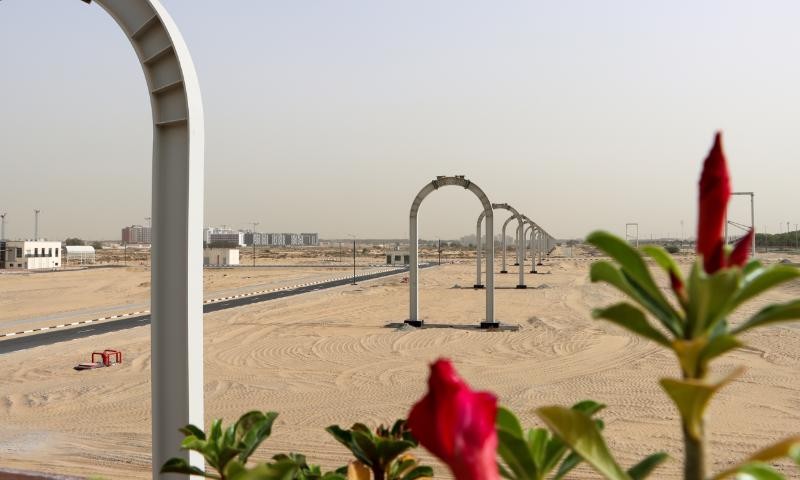 As for the rolling stock, there are already not only 14-seat electric Sky Pods (as the Japanese call them), moving at speeds up to 150 km/h, but also larger 48- and even 75-seat modules designed to reach speeds of 500 km/h. If a track is built connecting Abu Dhabi and Dubai, the travel time will be reduced to less than 20 minutes!

According to the Japanese source, the cargo string transport will be able to transport simultaneously up to 25 tons of cargo at a speed of up to 130 km/h and will be put into operation within the next three years.

The video report “Transport of the Future” of the French TV channel “France 2” shows the tests of a unicar in a tropical version, which will help unload passenger traffic on the roads and make travel more comfortable on urban and intercity routes. Also, the head of the research center of the developer company in Sharjah (UAE), Oleg Zaretsky, demonstrates a kind of “flight control center” that monitors the functioning of the transport system, which works in automatic mode. From here, up to 100 units of rolling stock can be monitored at a time. 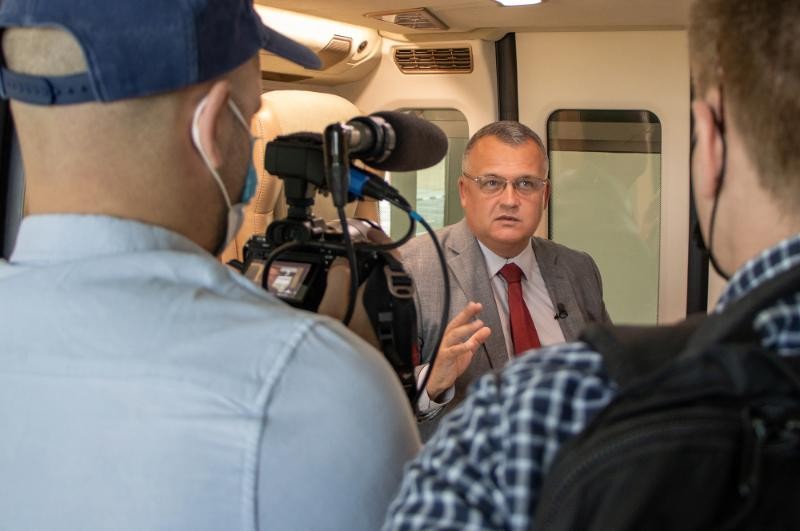 The most interesting fragment of the video is the running tests of the unicont on a 400-meter flexible track, and the presenter especially emphasizes the low cost of transporting goods using such a container carrier ‒ only $ 1 per 100 ton-kilometers, which is directly indicated on the container itself.

At the end of the report, SRTIP CEO Hussain Al Mahmoudi ‒ already well known to our readers ‒ spoke about the Park itself, where now technologies are being developed to help the country overcome its dependence on the “oil needle” and move to an economy based on knowledge and innovation already in 2030. In addition, the senior executive expressed confidence that string technology will conquer the world, but before that, the UAE will be the first to implement it!

The “France 2” video report “Transport of the Future” is available on the Sharjah Research, Technology and Innovation Park (SRTIP) YouTube channel,

Comment and rate the publication at the bottom of the page.

Attention: you can rate publication and leave a comment from specified email only once. Be constructive!
Sergey Anisimov
Investor status: